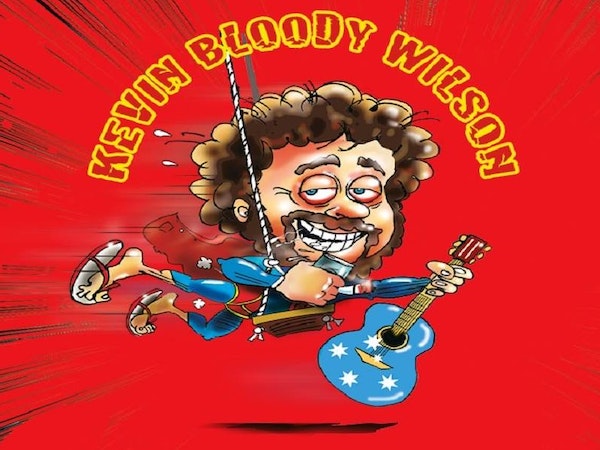 In a world almost drowning in a tsunami of Political Correctness, Kevin Bloody Wilson stands out as a beacon for PC Pushback.

Considered ‘The Worlds Funniest Australian’, Kevin Bloody Wilson is as dry and as rough as his Outback heritage.

His latest stage performance FUPC, spotlights Political Correctness for what it is and how he sees it….a joke!

Kev’s 20 Albums of self penned Bawdy Ballads have generated millions of sales and his global legion of fans have elevated Kev to Rock Star Status.

Seeing KEV live is something not only guaranteed to have you belly laughing at topics and subject matter you’re not supposed to be laughing at, but also something to tick off your bucket list!

Meanwhile, the rest of us will enjoy a knee-slapping, hilarious night of Kev’s common sense take on Political Correctness.

Australia's answer to Roy 'Chubby' Brown - so not for the easily offended! Consistent irreverent humour in a heavy Aussie accent with plenty of swearing and eclectic musical backing. Kevin 'Bloody' Wilson was named in Ents24's top 10 biggest selling comedians of 2016.