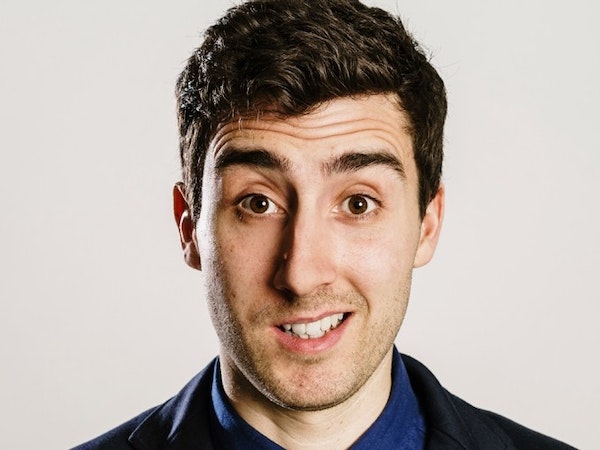 Steve Bugeja Tried To Start His Own Nickname

Steve Bugeja is one of comedy’s most exciting rising stars. Since winning the BBC New Comedy Award in 2013, Steve has gone on to host the BBC Radio 4 series Economics with Subtitles, and has made numerous appearances on TV shows such as Love Island: Aftersun (ITV2), Russell Howard’s Stand Up Central (Comedy Central) and Dog Ate My Homework (CBBC). Making a name for himself internationally, he has been invited to perform at the Melbourne International Comedy Festival for the past two years, appearing on the Opening Night Comedy Allstars Supershow (ABC1) and on Comedy Up Late (ABC1). Steve wrote and performed his own sketch 10 Things You Should Know as an Adult for BBC3, acted in 4Music’s sketch show Pop Sludge and starred in a viral comedy video for Lucozade alongside England footballer Harry Kane. A prolific writer, Steve was a key member of the writing team for The Russell Howard Hour (Sky1), and has contributed material to Mock the Week (BBC2), 8 Out of 10 Cats (Channel 4) CelebAbility (ITV2), Russell Howard’s Good News (BBC2), The Now Show (BBC Radio 4) and The News Quiz (BBC Radio 4). In 2012, he and his writing partner won both the BBC’s Funny on Three sitcom competition, and BBC’S Jesting About 2 sketch competition. In 2018, Steve embarks on his fourth and largest national tour with Almost, following the success of a critically-acclaimed, sell-out run at the Edinburgh Fringe. The tour includes a 6-night run at London’s Soho Theatre. This tour follows his previous critically-acclaimed shows Summer Camp (2017), Unpronounceable (2016) and Day Release (2015). Unpronounceable and Summer Camp went on to tour nationwide, selling out increasingly large venues year on year. ‘Bugeja has an eye for original comic detail that's all his own.’ - The Guardian ‘Drum-tight, as if polished by a sitcom writers’ room to cram as many jokes in as humanly possible’ - Chortle ‘Steve is a charming, likeable stand-up with a set packed with gags’ – Sunday Post ‘Blends the intelligence of a well-crafted hour with some touching emotional honesty’ - The Scotsman