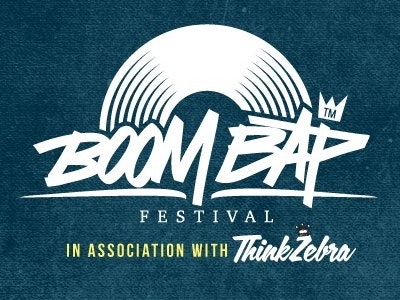 The festival site will become a canvas for the four elements of hip-hop; MCing, DJing, breaking and graffiti. Three stages, over a hundred artists, and a limited run of just 2,000 tickets.

Thebe Neruda Kgositsile, better known by his stage name Earl Sweatshirt, is an American rapper and member of the Los Angeles based hip hop collective Odd Future. He is signed to Columbia Records, as well as his own label, Tan Cressida.

'Since their critically acclaimed debut LP 'Asylum Speakers', the Foreign Beggars crew have found themselves in a whirlwind of activity... the group has toured Europe and won 'Best New Act' at the UK Hip-Hop Awards 2004. They have collaborated with high-profile artists including Björk, Gorillaz, Skinnyman, DJ Vadim, Lootpack, and on stage alongside Public Enemy, Guru, Blak Twang and Rodney P & Skitz'- The Wardrobe, Leeds.

Famed for so-called experts being convinced he was Nas in disguise, this Coney Island MC artist has reeped valuable column inches in high and low brow publications alike. From The New Yorker, to NY Times, The Guardian to MTV, dude has been makin’ headlines cause, he sounds like what every true Hip Hop head wishes Nas still sounded like, a huge compliment, no less.

One of hip-hop's greatest with a contentious and unambiguous attitude to politics, socialism and race issues.

Homeboy Sandman is a musician. His genre is hip-hop. An emcee that prides himself on musical growth and evolution, he has adopted as his motto and creative mission statement, "Boy Sand like you've never seen him before. As usual."

Peter Rosenberg is an American radio DJ and television show host. He is best known as a host of The Hot 97 Morning Show, the weekday morning show at hip hop radio station Hot 97 in New York.

Rodney P cut his teeth as a member of the late-80s hip-hop act London Posse. He has been touring constantly since then, as well as being involved in making radio documentaries and recording collaborations with artists such as Bjork and Roots Manuva. His solo material blends reggae and hip-hop to create intelligent music people can party to.

One half of the legendary Taskforce, Chester P Hackenbush has been putting out classic UK bangers since day one. Rapper and poet, from New Mic Order to Music From The Corner vol. 5, Chester's contribution to UK hip-hop has been both consistant and boundary-pushing.

Member of the Mud Family and rising MC star on the UK hip hop scene. From the depths of Camden Lock comes Skinnyman as heard collaborating with Roots Manuva and DJ Vadim. Early influences include Leroy and Yellowman before gradually moving into reggae influences such as Papa San as he grew older. Narrating with a passion and honesty which does not waver, Skinnyman paints a lyrical picture of the state of the world we live in today.

Legend of the UK leftfield and recording artist for Melankolic and Low Life records. 'Lewis Parker is pushing Hip-Hop forward, and providing an inspiration for the next generation of British MCs, a blueprint for future music. 'Parker's lyricism and delivery are pinpoint. No appropriated London accents, no arrogant swagger, this is all about hard-hitting intelligence'- playlouder.com