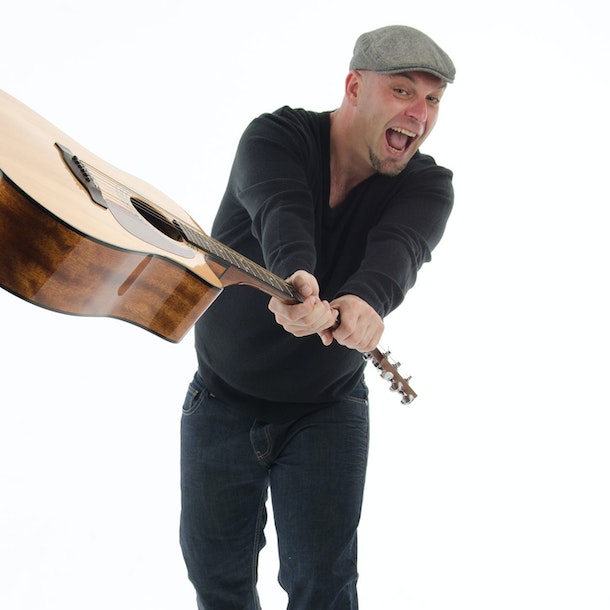 at Katie Fitzgeralds, Stourbridge
Sold out

Bostin To Be Back!

It’s bostin’ to be back!

The Black Country’s finest – Wednesbury born and bred Jonny Cole – returns to the stage with his flat cap, cheeky smile and guitar for a brand new hour of songs and saftness.

The creator of cult songs including Love In The Black Country, The Wednesbury Song and No Woman No Sky, Jonny has been working hard during lockdown on new ditties and jokes to take out on tour – and he’s coming to a venue near you.

The Black Country Radio morning show presenter is being supported on all dates by Dudley comic and regular Funny Beeseness host Wayne Beese.

“Irrepressible….armed with an acoustic guitar….I don’t think anyone has made me laugh as much.” Express & Star

Jonny Cole is creating waves with his own individual style and wonderfully crafted songs that have audiences crying with laughter!! Following in the footsteps of Billy Connolly and Jasper Carrott, Jonny started in the business as a singer who added a few of his own catchy songs with cheeky melodies. It was not long before the audiences wanted more of his own hilarious songs and stories and less of the covers he had been performing. Get in early and see this rising star from the Black Country.