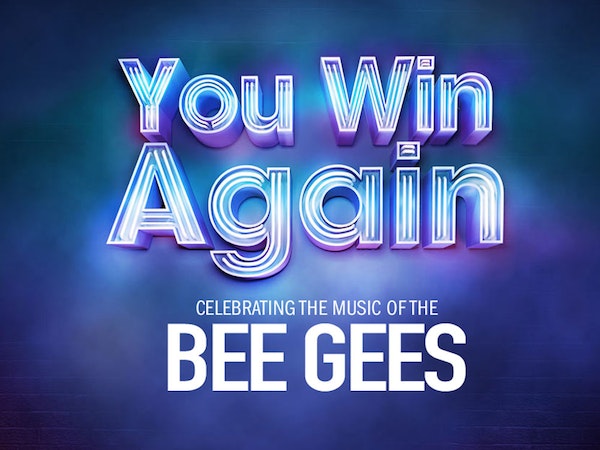 Direct from London’s West End: You Win Again is out on tour – Celebrating the Music of The Bee Gees.The magical music of the Gibbs’ brothers takes you on a journey like no other, from Idea album, right through to Spirits Having Flown, with all the incredible hits they wrote for Celine Dion, Diana Ross and Dolly Parton in between to soothe your taste buds!

Two-hours of zestful Bee Gees’ fun means You Should be Dancing to all their greatest hits including Massachusetts, Tragedy, More Than a Woman, Jive Talkin’, Nights on Broadway and so much more!

Make sure you keep Stayin’ Alive; this is a tribute you do not want to miss!

This incredible musical features the story of one of the greatest bands of our time, from their early triumphs to their devastating decline and on to their meteoric climb back to the top. . . to become the multi-million selling Bee Gees – the supergroup we know and love today. The Gibb Brothers were not only masters of the concert show, performers of generation-defining songs, they also came to represent one of the greatest songwriter collectives ever. However, their journey to the top was never an easy ride. . . Spanning the Sixties, Seventies and Eighties, You Win Again is gloriously set, the story unfolding against an intriguing backdrop of light and shade. The glittering, superstar songstresses who carried many of the biggest Gibb Brothers’ penned songs to the top of the charts contrasted by the “dark external corruption” that blighted the three brothers’ lives. This wonderful night of musical theatre features not only incredible portrayals of Barry, Maurice and Robin Gibb – it is also a wonderful, all-live production that brings their superb songs to life. You Win Again – a brand-new musical telling the tale of the ultimate contradiction... It is the story of a family torn apart. A tale of brothers who came to learn the hard way that the whole is greater than the sum of its component parts, but who wrote truly beautiful songs that inspired a generation. Theirs is a story that needs to be told!