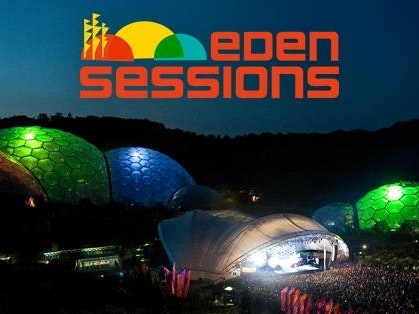 See all dates for Eden Sessions

Paul Brady, singer, songwriter and multi-instrumentalist, is one of Ireland's most highly regarded and successful artists. He crosses musical boundaries again and again, incorporating folk, rock, blues traditional Irish and classic pop styles into his songwriting. His live performances, whether solo or full band, incorporate songs from his extensive catalogue of 40 years. Often classified as a musicians' musician, Paul Brady's songs have been covered by a huge array of major artists from Bonnie Raitt, Tina Turner, Cher and Maura O'Connell, to Brookes and Dunne, Joe Cocker and Carlos Santana.

Cornish singer-songwriter Ruarri Joseph (his first name is pronounced like 'brewery', in case you were wondering...) making an inventive fusion of blues, rock and soul, inspired by the likes of Tom Waits, Elliott Smith and Django Reindhart. 'Packed full of laidback, lilting folk, Joseph... is a place apart from the more forlorn, angst-ridden offerings from the singer-songwriter canon and more akin to the summery tunes of Van Morrison, Stephen Stills, or even Nick Drake. ' - In The News

The Buckinghamshire born, Cornwall-based singer writes dark, resounding alt-folk with soaring melodies, ambient guitar lines and rousing vocal hooks, inspired by the crashing waves and epic sea-scapes with which he surrounds himself. Nathan’s music comes from deep, down inside – a self-reflection that translates to an outwardly epic live sound.

Kezia is a Cornish singer songwriter creating music that drifts between folk and blues with a bit of country mixed in.