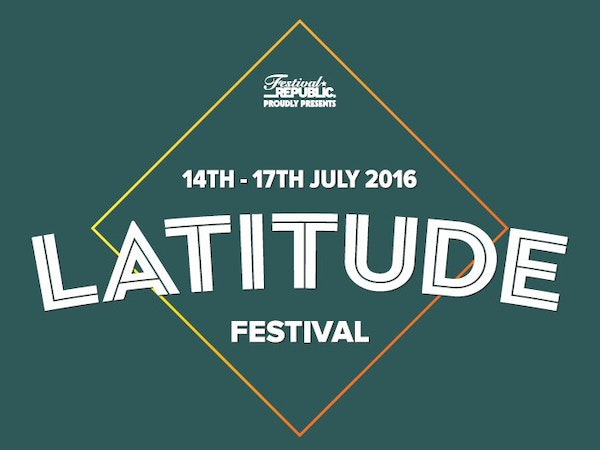 Latitude Festival will be back in July 2016 for another weekend of fantastic music and entertainment.

Latitude, the pioneering, award-winning festival bursts with the very best from Music and the Arts; wander from Film to Music, Comedy to Literature and Theatre to Poetry in the stunning setting of Henham Park in the Suffolk countryside. Set in fairylight-lit woods, a lake and featuring a flock of multicoloured sheep, it really is the cultural highlight of the summer festival season.

Brighton's Maccabees have gone from strength to strength since the release of their debut top 30 album 'Colour It In' in 2007. Their brand of slightly off-kilter British art-rock has seen them compared to the likes of Wire, Blur, Magazine, Futureheads and XTC. Their frenzied live shows have generated stage invasions and riotous crowds buzzing to the sounds of already classic anthems like 'About Your Dress' and 'Toothpaste Kisses'. After 14 years together, in 2016 the guys announced they had decided to call it a day, and will play their farewell shows in 2017.

Claire Boucher, aka Grimes, is a Canadian musician and visual artist making music 'that it is mysterious and allusive, ethereal and electronic, sometimes harsh and textured and tough, but always supremely accessible even at its most atonal.' - The Guardian

Belgian brothers David & Stephen Dewaele, best known for their alter-egos as 2 Many DJs or, less often, the Flying Dewaele Brothers. Famous for their leftfield remixes and As Heard On Radio Soulwax...series, the brothers are one of the most sought after acts around.

Of Monsters And Men

Of Monsters and Men went from the talk of Iceland to the top of the global conversation on their 2011 debut, My Head Is An Animal. Not only did the record go platinum, but it also produced an international smash in the form of Little Talks. The breakthrough single earned a quintuple-platinum certification from the RIAA, made history as 'the first song by an Icelandic band to cross 1 billion streams on Spotify', and landed the band a performance on Saturday Night Live.

Under the moniker Sophie, reclusive London-based musician Sophie Long made a huge, fizzy splash on the underground dance-pop scene during the mid-2010s with a series of singles that contorted elements of giddy Eurodance, Japanese and Korean pop, and experimental sound design into blindingly neon-colored pop-art gems. She passed away in January 2021, at the age of 34.

Sabbath or Zeppelin can easily be cited as major influences of this Vancouver four-piece as they continue to develop and move into new waters with their own brand of classic rock. Described as 'one part protest song, one part pop-cultural commentary, and one part sick-groove-rock', Black Mountain are on a mission to spread their word on the world.

Dubbed by The Guardian as 'the sentimental face of Grime', South Londoner Loyle Carner is an actor turned rapper. With a drama degree behind him, it seems rap has become his real destiny. His sound has a laid-back flow and beats which combine with old school hip-hop and UK influences. Following a tour and collaboration with spoken word artist Kate Tempest on her single 'Guts', Loyle went on to support Nas at the O2 Arena, then released his highly acclaimed debut album 'Yesterday's Gone' in 2017, which was nominated for the prestigeous Mercury Music Prize award. Success went higher with 2019's follow-up, 'Not Waving, But Drowning', which reached no.3 on the UK album chart.

Billie Marten is a young and talented modern folk singer-songwriter from Rippon, North Yorkshire. She has been making music since she was nine and was first discovered when her mother put a video of her singing on YouTube, so her grandparents could watch it in France. Although intended for them, it went on to receive hundreds of thousands of hits! She has received BBC Radio 1 and 6 Music airplay and has toured with fellow folky singer Lucy Rose.

Tinashe Fazakerley, now professionally known as Rationale (formerly Tinashé) is a Zimbabwe-born, Hackney raised singer-songwriter who is known for his soulful RnB and indie pop style with electric influences.

An indie rock four piece band from Perth, Western Australia, who formed in 2010.

Improbable are ‘one of the brilliant faces of British theatre’ (The Observer) and one of the UK’s most innovative and acclaimed theatre companies. Their recent productions include Still No Idea (‘Combines comedy, honesty and protest to distinctive effect’ – The Guardian) and Lost Without Words, an improvised show for performers in their 70s and 80s (‘A bold theatrical experiment’ – The Stage).