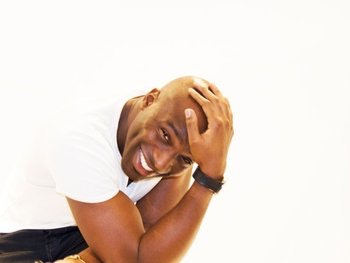 COBO bring a Black History Month Special to Sheffield with an almighty bang. If you need an evening filled with laugher and more, then you are not going to want to miss this experience - grab your Comedy Shutdown tickets today!

You will be seated with the party you book with.

Note: All acts are confirmed at time of booking. Occasionally acts may be replaced for reasons beyond our control. If this happens the act will be replaced with a suitable alternative.

'Aurie Styla, a young entertainer from London is mostly known for his performing as a stand-up comedian, presenter and owner and host of Funny Heads. Anyone who has seen him perform will remember his charisma, tongue-in-cheek banter and fluid delivery. Since 2010, Aurie Styla has taken the definitive path of a stand-up comedian, but has been on stage since he was 15. Whilst trying out poetry, music and dance, Aurie always brought humour into his performances and at 18, discovered his talent for presenting. As the years went on,Aurie became popular around the university scene for his interviewing skills, clubnight and show hosting which then lead to the inevitable road of stand up comedy.'

'Born in London but raised in Northern Nigeria to a medical doctor father and a politician/businesswoman mother, Nabil Abdulrashid was privately schooled in the UK. His set covers being a middle-class educated man yet simultaneously a street smart urban youth and being a black Muslim in South London. He was a finalist in the NATY New Act Of The Year competition in 2013' (Chortle) He is the youngest ever black comedian to perform stand-up at the Hammersmith Apollo and has toured the UK with his show Don’t Panic, I’m Islamic! He entered the “Which Religion Is Funniest?” competition, after reaching the Top 10 spot, he was crowned joint winner of the national competition, judged by David Baddiel and Omid Djalili, and he was chosen to perform at the premiere of the film The Infidel.

The Midland's motormouth, bringing you loads of tummy tickling laughter. 'With this sort of retro observational comedy, she's just like Peter Kay would be - well, if he were female, black and from Leicester' (Chortle) '... a hilarious set from Leicester-based Annette Fagon... had the audience in hysterics with her tales... unsurprisingly Annette connected well especially with the women in the audience and the different nationalities present with her inclusive, funny routines' (Tiemo Talk Of The Town) '... the fun-loving and lively Annette Fagon' (Funhouse Comedy).