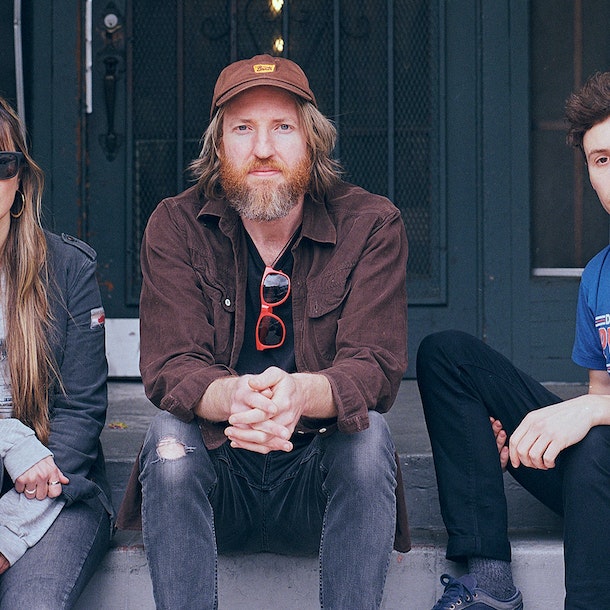 at The Greystones, Sheffield
Passed

Indie rock trio William The Conqueror might well have just dropped one of 2021’s sleeper hits. It’s a record of cuts and bruises, wrapped within bittersweet leftfield rock n roll tunes. The band is fronted by Ruarri Joseph, a wry, patient storyteller, who has managed enough living to portray a world-weary wisdom in his words, but balances it all with enough optimism to suggest he hasn’t quite lived. ‘Maverick Thinker’ is a record of short, sharp shots to the arm. Fuzzy college rock with chops, one foot lingering menacingly over the distortion pedal.   Recorded in LA at the infamous Sound City Studios, Ruarri, Naomi Holmes (bass) and Harry Harding (drums) rattled through the album’s ten tunes at a breakneck speed. Which turns out to have been a good thing, because the sessions were cut short as the pandemic took grip. With the studio doors locked, the band spent a final, eerie day wandering a deserted Venice Beach before flying home early, but with the record already in the can. All that chaos brings a certain unpredictability to an album that nods to some of the US lo-fi greats and yet arrives at something innately British. Praised for their grit and authenticity by The Guardian and NPR’s Ann Powers, their live performances have drawn wildly enthusiastic comparisons to Kings of Leon, Nirvana, Buffalo Tom and The Marshall Tucker Band.

Cornish singer-songwriter Ruarri Joseph (his first name is pronounced like 'brewery', in case you were wondering...) making an inventive fusion of blues, rock and soul, inspired by the likes of Tom Waits, Elliott Smith and Django Reindhart. 'Packed full of laidback, lilting folk, Joseph... is a place apart from the more forlorn, angst-ridden offerings from the singer-songwriter canon and more akin to the summery tunes of Van Morrison, Stephen Stills, or even Nick Drake. ' - In The News