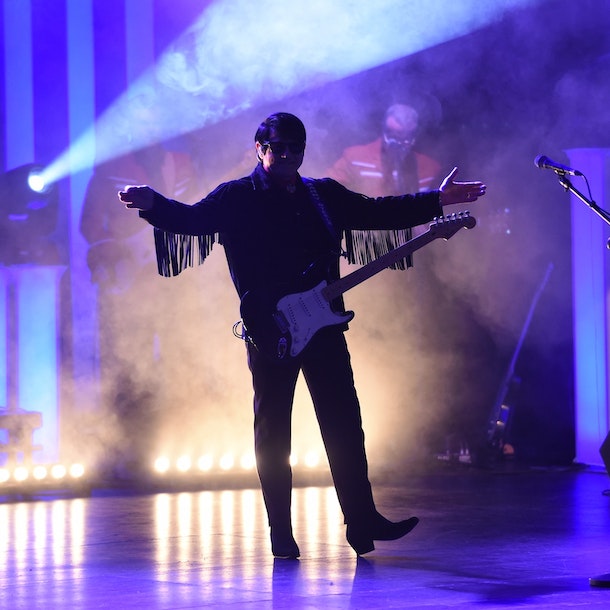 This show has been rescheduled to 31st October 2021.

The producers of The Roy Orbison Story are proud to present a brand-new production as Barry Steele and a cast of fabulous singers and musicians explore the back catalogue of some of the most iconic artistes of the 80s, collectively they were known as The Traveling Wilburys, but individually they were each as famous and talented as the other. With Barry Steele at the helm, you are promised a sensational evening of solid gold rock and pop as the cast performs songs not only from ‘The Traveling Wilburys’ albums but also from each individual artiste. With high production values, a fabulous cast, and of course the voice of Barry Steele, this is, without doubt, a show not to miss!