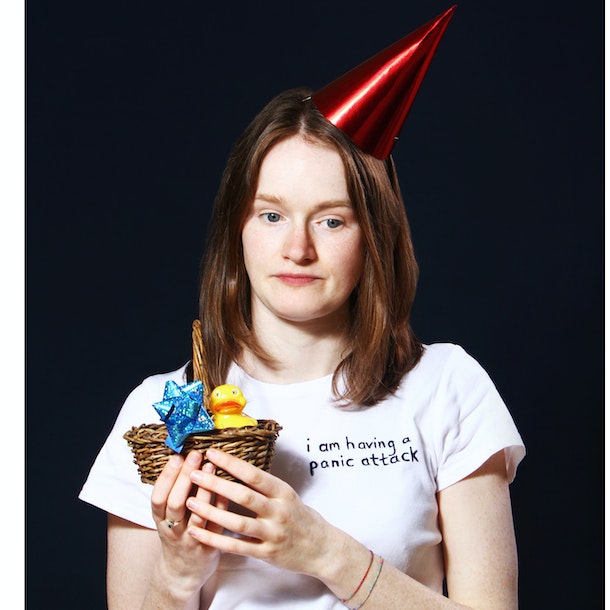 Bringing you some of the best and fresh new comedians on the UK circuit.

Goofy and peculiar, Stephanie Laing's comedy is partway between the needy oddness of Maria Bamford and the upbeat affability of Josie Long. Her material is a mix of silliness, filth and unusual observations, underpinned by a disarming honesty which makes her seem charmingly vulnerable. 'A great stand-up. Always works magic' (Phil Kay) 'Disgusting and delightful in equal measure' (Three Weeks) 'Stephanie Laing offered up a gloriously silly set, coming across as wonderfully unpretentious and getting the audience on her side from the first line. Her off-the-wall observations about her own anxieties were delivered with awkward tenacity and came off as entirely believable mementoes of her everyday life' (Broadway Baby) '... the tremendously smart and silly Stephanie Laing...' (Funhouse Comedy).

Armed with a wide smile, her warmth on and off the stage lets her get away with murder. One of BBC's award-winning 3 Non-Blondes. Ninia is a favourite guest and commentator for many popular discussion shows, for example Sky Comedy Close Up. Other television appearances include Total Wipeout and Celebrity Masterchef whilst her vocal talents can be heard in CBeebies’ Tinga Tinga Tales from February 2010. While Ninia’s popularity on television continues to soar, her stand-up remains at the highest level. She is a regular headliner at all the top venues across the UK, such as Jongleurs, Up the Creek, The Banana Cabaret, Glee Clubs and Bound & Gagged. 'The Comedy Assassin' (The Voice).