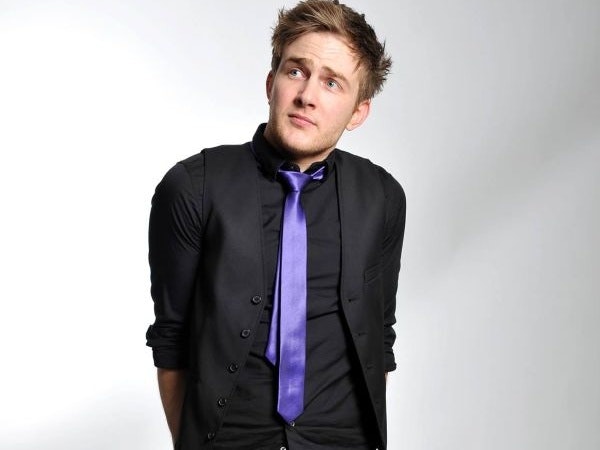 at The Lowry, Salford

'The Honourable' Tom Houghton has been storming the comedy circuit with his hilarious stories and sharp-eyed silver spoon observations. Whether it’s growing up with a Dad who is the Ex-Chief of Defense Staff, living in the Tower of London or lifting the lid on the all-boys boarding school environment. Every tale will fascinate, make you think while at the same time have you doubled over with laughter.

Now the total fringe sell-out, star of Comedy Central’s ‘Roast Battle’ and critically-acclaimed star of BBC and Channel 4 and First Dates, Tom is the ultra-privilaged master of making the seemingly unrelatable, relatable. Come and witness a rare look behind the curtain of a world known by so few. Inhabited by larger than life characters, hilarious mis-adventures and discover that true honour often lies where you’d least expect.

Tom Houghton is one very funny quarter of The UK’s premier improved comedy troupe The Noise Next Door. They have taken the comedy world by storm and leave audiences everywhere in awe of their lightning-quick wit and totally original comedic talents. Appearances have followed on BBC One, BBC Three, ITV1, BBC Radio 1 and BBC Radio 4, they were nominated for a Chortle Award in 2014, and have performed alongside the likes of Michael McIntyre, Al Murray, and Harry Hill. Tom is now a hilarious stand up in his own right and combines a quick with with an easy charisma and talent for the funnies. “Comedy Gold” (The Guardian)