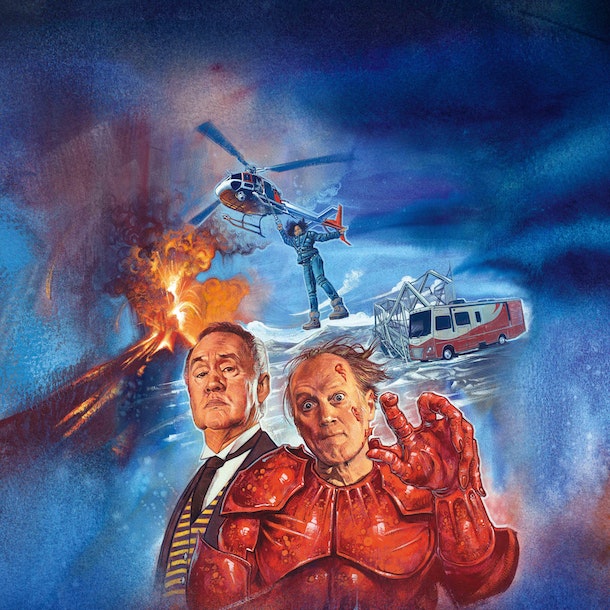 Adrian Edmondson and Nigel Planer shot to fame in the 1980s with The Comic Strip Presents… and as Vyvyan and Neil in the massive cult classic The Young Ones. They also starred together in Filthy, Rich and Catflap on television and played in the spoof band Bad News. They co-star in this hilarious new comedy about the actor’s life, which they have also co-written. Gary Savage and Hugh Delavois were students at RADA together. Now in their sixties, they meet in an Icelandic wasteland, on the set of a fantasy movie. Hugh has had a plodding career but has landed the role of Vulcan’s butler - a small but regular role - and he's making his seventh film for the franchise. Gary is a one-time Hollywood A-lister who has fallen on lean times, and is playing a guest monster with four hours in make-up and one word in the script. Sparks fly inside the trailer as old wounds are opened. Leela, a runner, attempts to keep the peace between them, but outside the trailer things are not going to plan either: the director’s gone AWOL, the catering truck’s on the wrong side of a ravine, and the volcanic activity is growing more and more lively by the minute… Contains adult themes, very strong language and flashing lights. Age Guidance: 14+