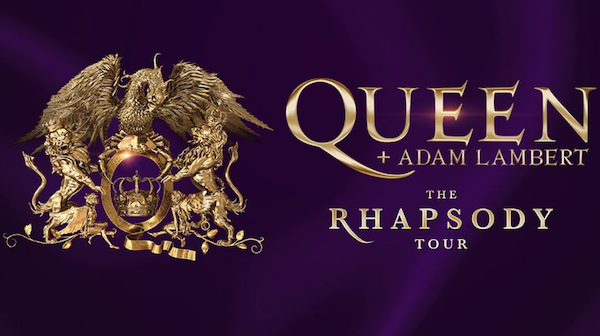 Having well and truly rocked North America with 25 giant shows across the Summer which drew universally ecstatic reviews and played to sold out audiences totalling close to 400,000 spectators, Queen + Adam Lambert have finally announced that they will bring their brand new, hugely anticipated 'Rhapsody' concert experience to the UK in June 2022.

The all-new Rhapsody show, already hailed as 'a marvel of technical advances', will arrive in the UK in June 2022, as Queen original band members Brian May and Roger Taylor team up once more with longtime front man Adam Lambert on lead vocals.

Since Adam Lambert first shared the stage with Queen for the 2009 American Idol final, his dynamic performances have reinvigorated the band and delighted fans worldwide. Starting as they meant to go on, their first full show together in June 2012 thrilled a crowd of half a million strong in the Ukraine capital city of Kiev. Since then, May and Taylor’s musical fireworks have been matched by Lambert’s vocal prowess and stage presence, making for an explosive combination. Over 200 gigs later, the partnership has remained a commercial and critical triumph, playing to enraptured full houses in every corner of the world.