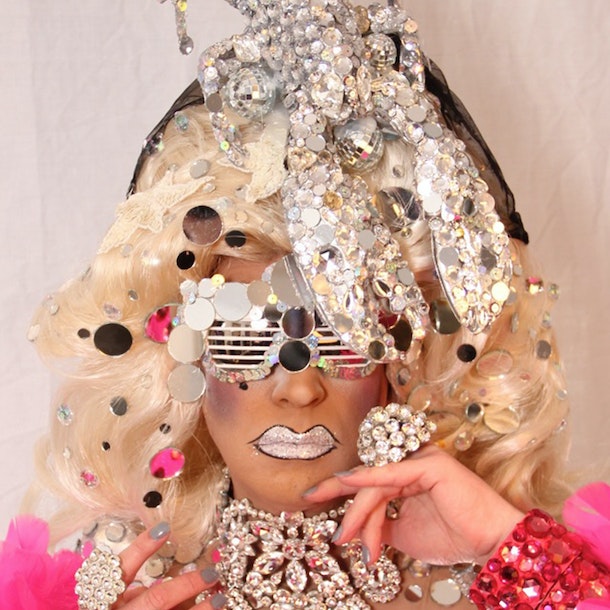 “A Star Is Torn!!” Ceri Dupree has performed almost everywhere! Throughout the UK, Europe and overseas, and has impersonated almost every female star in the world at one time or another. When it comes to dressing up in drag, as Paul O’ Grady once said of him… ‘In a field full of donkeys, he is a racehorse!’

Well come judge for yourself, come catch a show. And see anyone and everyone from Joan – Rivers and Collins – Bassey, Cilla, Ga Ga, Cher, Amy, Camilla, Tina, HM the Queen, the 3 Degrees (how he do that!?!) and lots more!

An evening of all live vocals, impersonations, stand up, specially written sketches and songs… and a clever twist at the end… No one show is ever the same, as Ceri chooses up to 15 or so gals to do in an evening!

Want to see enough rhinestones to blind a cup final crowd? Cry and then laugh till your jaws ache? Then book now!

The country's greatest female impersonator since Danny La Rue. 'Dupree storms the stage with style, wit and glamour and a pace that leaves you amazed' (Time Out). Meet Cher, Joan Collins, Amy Winehouse, Tina Turner, Her Majesty the Queen and many more. A touch of Las Vegas rarely seen in the UK today. 'Joe Longthorne meets Lily Savage... only with better legs!' (Blackpool Argus) 'Slick and saucy, rude and risqué, fun and fantastic, its glamorous camp fun, but underneath the falsies is an accomplished character actor!' (Leicester Mercury) 'Ceri Dupree is a grand dame of the scene, up there with the likes of Lily Savage and Danny La Rue' (Metro) 'I've seen hundreds of men dress up as women over the years, most of them disastrously so, a handful of them get this particular art form right, Ceri Dupree is one of that handful' (The Times).