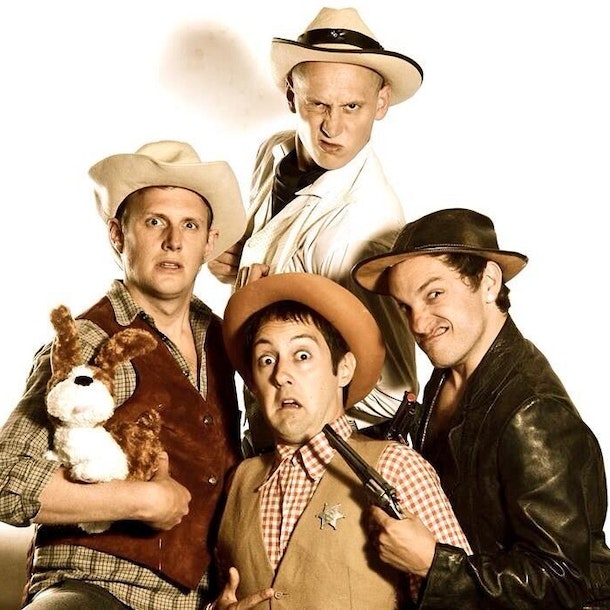 Armed with only a baguette and his questionable steed join hot-headed d’Artagnan as he travels to Paris to become a musketeer. Will things go to plan? It’s unlikely! Featuring hilarious heroics, raucous romances and some bonkers fun with BMX bikes, Le Navet Bete condense Dumas’ 700-page classic into two hours of non-stop comedy gold.

'Our Company... thrives on high energy performance, we aim to foster the imagination of all art forms in creation, which we devise collaboratively. Using circus, song and live music we explore different and new ways to express emotions through performance' (Le Navet Bete) 'A company on top form and leagues ahead of anyone else doing this work' (What's On Stage).