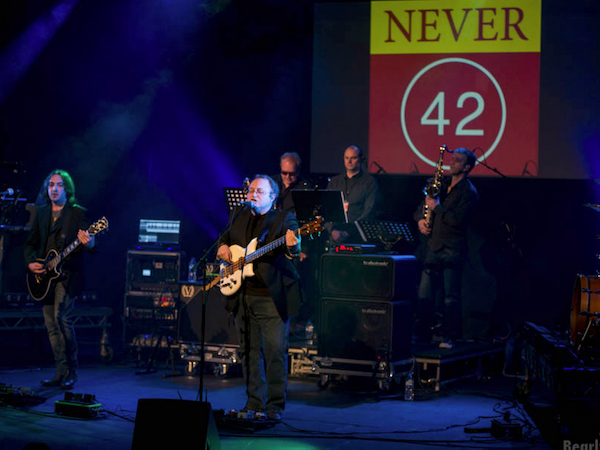 at The Acorn, Penzance
View Tickets

Formed in 2010, Never 42 have become established as the forerunner Level 42 Tribute band based in the UK. Over the last 15 years the band members have been well travelled musicians, performing throughout the UK, Europe and Asia performing in theatres, festivals and along side some for the worlds most accomplished musicians who have and currently play in some of worlds largest bands. With it’s 7 band members - Howie Rogers (Bass & Vocals), Garreth Hicklin (Keyboards & Vocals), Mike Wheeler (Drums & Vocals), Tom Wright (Guitar & Vocals), Pete Effamy (Sax), Richard Pardy (Sax) and Darren Wiles (Trumpet), get ready for a high impact night of Funk driven tunes over a 115 minute show. Bringing the hits of Level 42, such as Lessons In Love, Something About You, and The Sun Goes Down, Never 42 recreate the sound of the 80’s stalwarts with great accuracy.