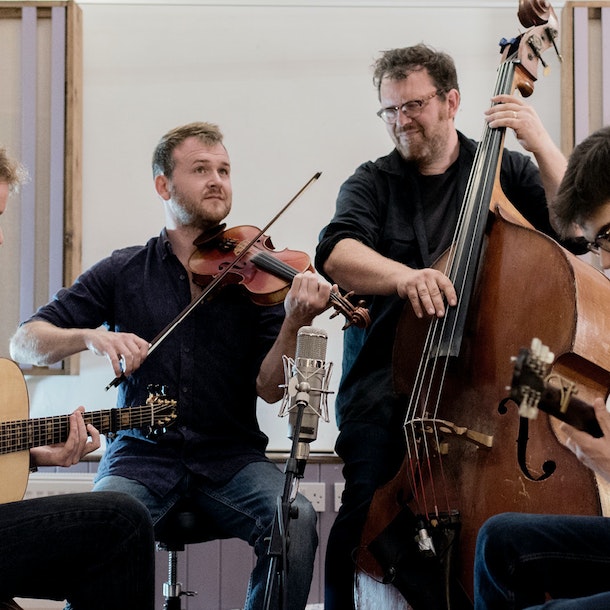 After performing to a sold-out audience at The North Wall last year with The Unfinished Violin, Sam Sweeney returns with music from his highly anticipated second solo album.

Performing with three of his favourite musicians, this concert will capture the swagger and groove of traditional English music with the huge sound, flare, energy and festival spirit of bands coming out of the Celtic and Scandinavian music scenes.

Sam is a veteran of the mighty Bellowhead, former artistic director of the National Folk Youth Ensemble, founder member of the acclaimed instrumental trio Leveret, and a superb instrumentalist at the forefront of the revival in English traditional music.

Fiddle player Sam Sweeney is probably best known for playing with Bellowhead, but like most folk musicians plays with a multitude of different outfits, including Jon Boden & The Remnant Kings, Fay Hield & The Hurricane Party, Hannah James & Sam Sweeney, The Full English, Eliza Carthy’s Wayward Band and a number of other acts. After picking up his first fiddle at the age of six, Sam showed prodigious talent, winning the Wiltshire Folk Association Young Folk Award, and the In The Tradition Award at the the age of eleven.