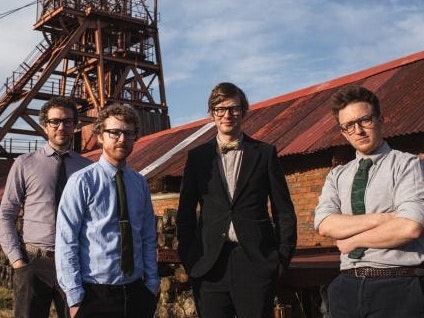 at The Jericho, Oxford
Passed

Silver Apples were formed in 1967, famously known for their pioneering usage of electronic music techniques within psychedelic rock. Having had such revered influence on so many PZYK artists of today, it would be fair to regard Silver Apples as nothing short of legendary. Sole remaining member Simeon Coxe III has toured extensively since reforming Silver Apples in 1996, bringing with him the notoriously primitive and captivating synthesizer known only as ‘The Simeon’.

The man behind Third Eye Foundation and countless other beautiful boundary pushing projects.

Darker and more experimental than the likes of My Bloody Valentine or Loop, The Telescopes have yet to achieve the commercial success they perhaps deserve. Now Stephen Lawrie has now re-awakened the beast with a clutch of new songs and a slimmed down line-up.

Circle Traps is a collaboration between Jack Wyllie, Duncan Bellamy and Will Ward. The group, of whom Duncan Bellamy and Jack Wyllie are also members of Mercury-nominated jazz group Portico Quartet, released their first full EP through Subeena's Opit Records, which is already a best seller at the online shop Boomkat Records. "Wiring their own instrumental skills on drums, saxophone, bass, flute, keys and guitar to samplers, and buoyed by a love of everything from minimalism to jungle, from Joy Division to world music, Circle Traps have arrived at a sound that marries the brittle romantic textures of Bjork's 'Vespertine' and the glacial atmospherics of Thomas Köner to more fluid jazz-like explorations of rhythm." -Jonny Mugwump.

The Doomed Bird of Providence

The Doomed Bird of Providence started out in London in 2009 as a means for Mark Kluzek to write songs about early colonial times in Australia. Kluzek, who had moved from Australia and been living in the UK for some years had read The Fatal Shore by Robert Hughes, a history of convict Australia. His first couple of songs were loosely based on characters in the aforementioned book. Over a period of years a variety of musicians joined Kluzek to perform and record these and other songs. Their most recent release, the album ‘Burrowed Into The Soft Sky’ marks a fairly radical shift for the band, it being an all instrumental affair, and has received significant critical acclaim. ‘… an album that has Doomed Bird break out of the comfort zone that the forms of primeval folk music have afforded them. The result of their experimentation being the assemblage of various styles and genres; in various moments, the music is soothing and folksy, then stark and minimal, before becoming filthy and debased noise rock. But despite the change of approach towards the music, there is still no change in the worldview that has always been at the forefront of Kluzek and Doomed Bird’s minds; to pick open the scab and scratch and the scars of Australian history, to reveal in a way that mere word struggle to express, the ugly stain of colonialist actions and drives that no amount of whitewashing can clean away’ – The Quietus.