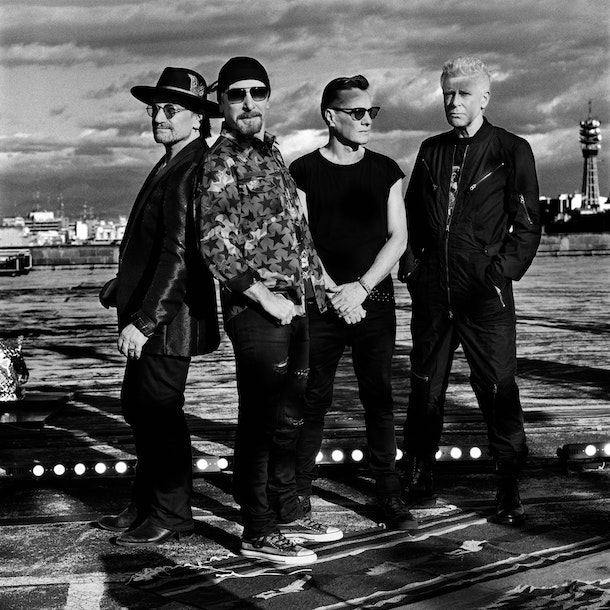 U2: iNNOCENCE + eXPERIENCE: Live in Paris

YouTube, Island Records, Interscope, UMe, and UMC have announced U2: The Virtual Road, a series of four concerts broadcast for the first time exclusively on the band’s YouTube channel, for 48 hours only.

U2: The Virtual Road also marks the first time that three of these concerts – Slane, Red Rocks and Mexico – have been made available digitally.

In December 2015, U2 returned to Paris less than a month after the 13th November terrorist attacks on the city for two rescheduled shows. iNNOCENCE + eXPERIENCE: Live in Paris marked the final performance on the tour, an unforgettable evening which included an emotional performance of Patti Smith’s ‘People Have The Power’. On 10th April, YouTube will broadcast the show for the very first time, with French band Feu! Chatterton on support.

After over 40 years together, Irish rockers U2 have racked up album sales of more than 175 million and garnered a loyal and enduring fan base. Returning once more with an anthemic sound set to fill stadiums and arenas worldwide, it seems that Bono and the lads are showing no signs of letting up.