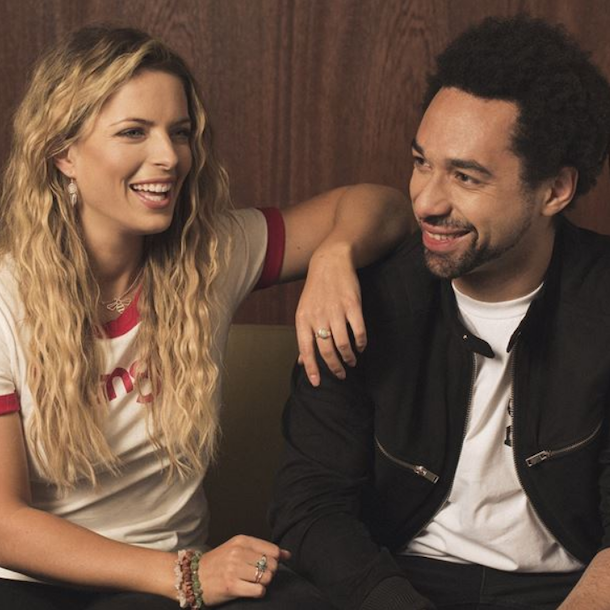 The Shires are a duo from Bedfordshire & Hertfordshire who are innately passionate about demonstrating the continued relevance of their UK perspective on country music. Made up of Ben Earle and Crissie Rhodes, the pair create music that draws from classic elements of the genre, whilst delivering singalong, mellow experiences within their forward-thinking tales. Although 2021 sees The Shires delay their scheduled tour due to current COVID-19 restrictions, they are thrilled to announce a very special worldwide concert online for the beginning of April.

The Shires are two relatable, exuberant friends that have confessed awe in each other’s vast skillset. With just their guitars, obsessive song-writing and vocal ability, the British duo have sold-out the prestigious Royal Albert Hall, become the first home country act to reach the top ten of the British album charts and even enjoyed a performance at the Royal Wedding on BBC Radio 2. The Shires carried this successful streak into 2020 with the release of their fourth album, Good Years. Recorded in the home of Country music, Nashville, the body of work concentrated on the authentic storytelling and the seamlessly blended vocals the duo have crafted a reputation for.

The online concert, on the 10th April, will feature Ben and Crissie (and their band) relishing in the part of their musical career they love the most, performing. Creating an atmospheric live experience, the concert is presented with unbelievable sound quality and will boast their most prominent songs, including Daddy’s Little Girl and I Just Wanna Love You.

Hertfordshire based country duo The Shires – Ben Earle and Crissie Rhodes – play Country music as if they came from South of the US, rather than the South East of the UK, they are that good. After playing hardly half a dozen shows together The Shires caught the attention of Decca Records who signed them in the UK and they secured a contract with American based record label Universal Music Group Nashville thus becoming the first ever UK country act to be signed to a major Nashville label.