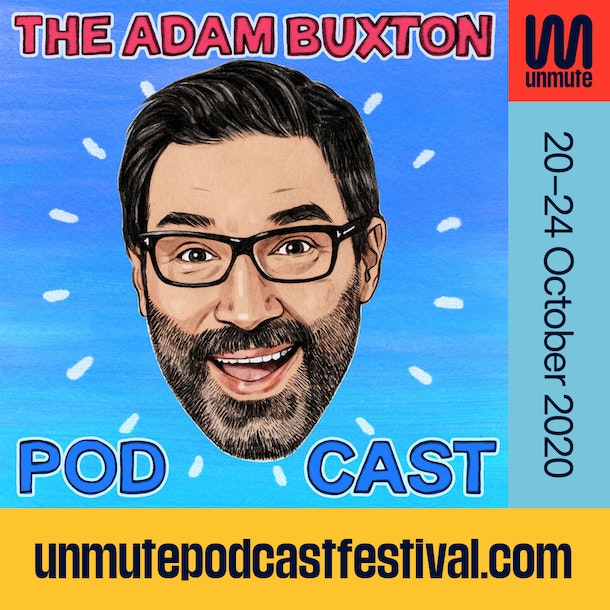 See all dates for Unmute: The Online Podcast Festival

Adam has appeared in films such as Hot Fuzz, Stardust and Son Of Rambow as well as a variety of TV shows in the UK. Since 2007 he has hosted BUG, a live show that combines music videos and comedy that became a TV series on Sky Atlantic in 2012. From time to time he also does live shows featuring just his own material. Along with lifelong friend Joe Cornish he also is one half of award winning TV, radio and podcast duo Adam & Joe who have worked together since 1995.

Adam is writing this himself using the third person.

One half of the genius behind Channel 4's Adam & Joe show, actor, scriptwriter, stand-up comic and DJ on BBC 6 Music. 'Buxton displays a near heroic willingness to behave as stupidly as possible in pursuit of laughs. A sunny riot of daft voices, songs, and tortuous puns' (The Scotsman) 'Would make a convincing claim to the title of funniest man in Britain' (Three Weeks) 'Wonderful fun' (The Guardian).