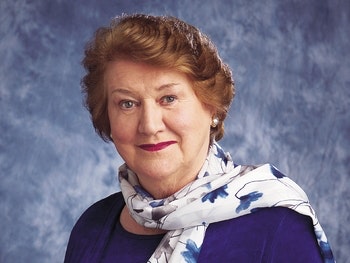 Chichester Festival Theatre are delighted to have been able to reschedule this Facing the Music event following its postponement from the Autumn season.

A distinguished and much-loved performer, Patricia Routledge has acted in many productions at Chichester Festival Theatre over five decades, ranging from The Magistrate to Office Suite.

This event will be streamed as live and will premiere at 7.00pm GMT on 24 February. It cannot be paused or watched again once finished.

This event can be viewed in a web browser, via Google Chromecast, on Apple or Android TVs and on Amazon Fire TV.