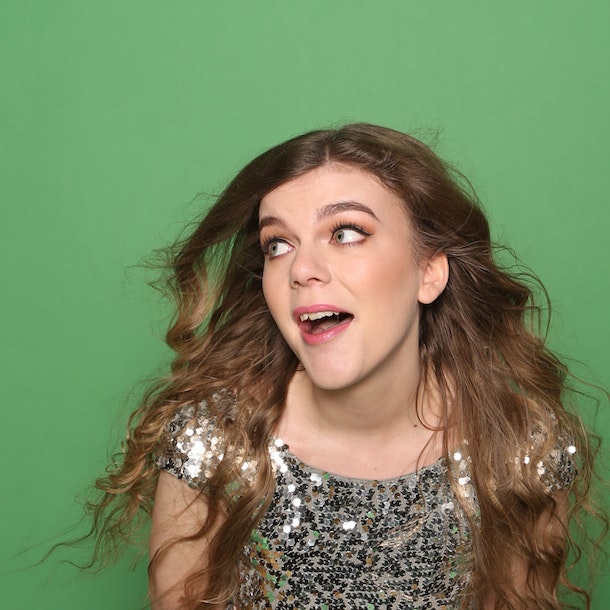 And as always your host for the night:

Join us in one of two ways:

You can be on the ‘front row’ which means that you will be in the Zoom call with the performers and other audience members. You’ll be part of the show (though absolutely not in a being-made-fun-of type way!). It’s the closest thing to a real comedy gig. These tickets are limited, and are sold on a first-come-first-served basis.

Prefer to watch the show from the comfort of your anonymity? No problem! You can tune in and enjoy the evening’s entertainment without being visible to the performers!

On the day of the show you’ll be sent a Zoom code, and best to ‘take your seat’ (log onto the meeting) at around 7.45pm. Grab some drinks, nip to the toilet, and enjoy a brilliant night!

Please note you may need to check your junk/spam folder for the email. For queries, please email ticketing@chapter.org

All acts have been confirmed. In the event of unforeseen circumstances the acts may change.

From Newcastle-on-Tyne and one of the brightest young talents on the comedy scene who is beginning to make her presence known across the country. Finishing runner-up in 2014's Funny Women, she went on to make the finals of almost every major comedy competition, including the prestigious BBC New Comedy Award in 2016. In August 2017 Lauren sold out her debut run at the Edinburgh Fringe Festival with her critically acclaimed show Lady Muck. This 5 star show was so popular three extra shows were added and subsequently sold out. Not only was ‘Lady Muck’ the best reviewed show at The Pleasance this year, Lauren also won a Herald Angel Award and was nominated for Best Newcomer 2017 at the Edinburgh Comedy Awards.

Esyllt Sears is a Welsh actor, writer and stand-up comedian.

Welshman Robin is "a phenomenal comic and utterly hilarious." (Broadway Baby). On stage he is "wonderfully cheeky and engaging," (Three Weeks), regularly appearing at the UK's top comedy clubs and festivals. He is also a seasoned comedy writer for television and radio, with credits including The Mash Report, Have I Got News For You, Newzoids, The News Quiz, The Now Show, Rich Hall's US Election Breakdown and Spotlight Tonight With Nish Kumar, amongst others. Robin starred in his own sitcom and stand-up special in 2018, broadcast on BBC Wales. He performed on BBC One's Stand Up At BBC Wales in 2019. He is also the studio warm-up artist for The Graham Norton Show (BBC One), Blind Date (C5) and Don't Make Me Laugh (BBC R4).