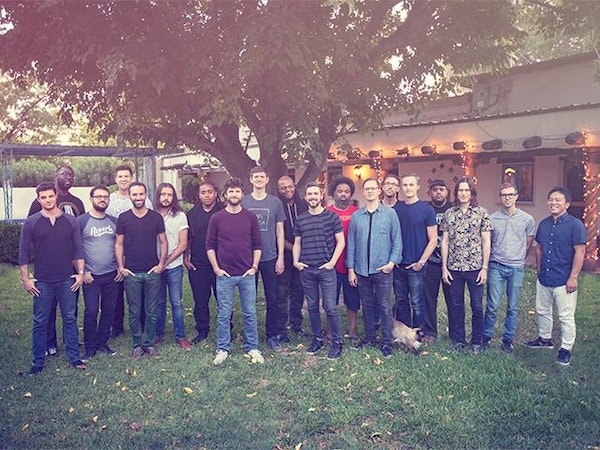 Snarky Puppy was formed in 2004 by bassist and primary composer Michael League. Snarky Puppy was signed by SiTMoM Records in fall of 2005, and subsequently recorded and released their first studio record, “The Only Constant”, in winter of 2006. The CD has met critical acclaim from the industry’s top musicians and representatives, and has created a serious buzz among musicians and non-musicians alike. The group draws upon a variety of musical traditions compositionally, but showcases more modern styles, especially jazz, funk, fusion, and drum n’ bass. The 3-time Dallas Observer Music Award winning group ("Best Jazz Act" 2008, 2009, 2010) has gained a reputation for putting on a live show unparalleled in energy, virtuosity, and musicianship. They seamlessly fuse a deep knowledge and respect for musical tradition with sonic and conceptual innovation in a way that is able to reach the most critical- or most carefree- audience.