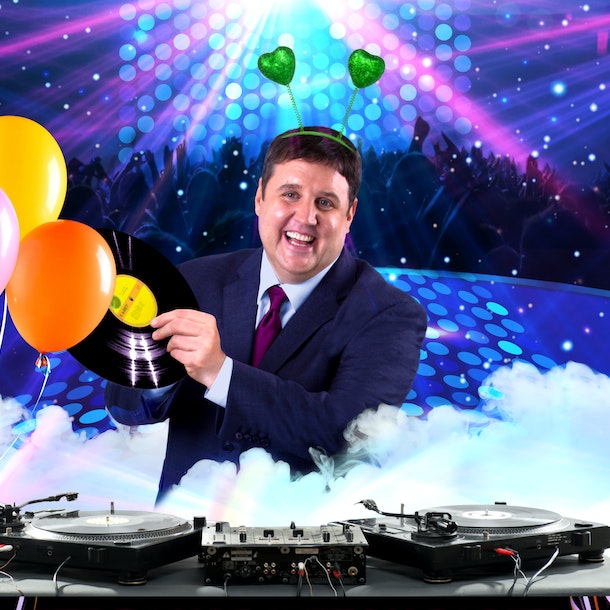 After the enormous success of Dance For Life 2016 Peter Kay is pleased to announce new dates for 2017, taking his remarkable dance-a-thon parties to new arena dates across Britain, with all of the profits going to Cancer Research UK.

The three-hour dance-a-thons will each take place over six nights at different arenas across the UK. Each of the venues will be spectacularly transformed to accommodate enormous dance floors, which will feature state of the art sound and lights as DJ PK takes to the turntables for what promises to be a joyous and unforgettable fundraising experience.

Peter said of the events 'I’ve honestly never had so much fun as I had working on Dance For Life earlier this year. The atmosphere was so happy and positive; it really is a great way to raise money for the worthiest of causes. All people have to do is turn up and dance. I’d also like to encourage people to get themselves sponsored via JustGiving.com where a special Dance For Life team page has been set up.'

A spokesperson for the event organisers SJM Concerts said:
'We are so excited to be involved again with Peter’s Dance For Life shows, the previous nights were such an achievement and so unique, we can’t wait to bring the party to even more arenas.'

Claire Rowney, director of Stand Up To Cancer at Cancer Research UK said 'We are so grateful to Peter for hosting his epic Dance For Life events to raise money, we need as many people as possible to join Peter and kick cancer’s ass by dancing the night away. The money that is raised from the events will fund vital research so that we can save more lives, more quickly'.

Please note: this event is for over 18s only.