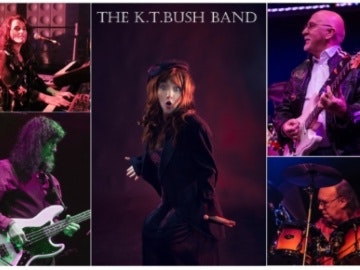 'In 1977, a group of friends were performing together with a talented young lady whose unique style was later to launch her on a record breaking solo career. In 2013, one of those friends asked another if he would like to go out and perform some of the early songs again, along with the much loved solo repertoire that developed later, full of his valuable input and influence. So Brian Bath agreed to team up with Vic King, and to find other performers who would help them re-create the early years and later successes of Kate Bush. The KT Bush Band lives again, with Brian, Vic, and a few new faces, but the original music - some of which has only been heard by a select few who attended those early performances in 1977.'