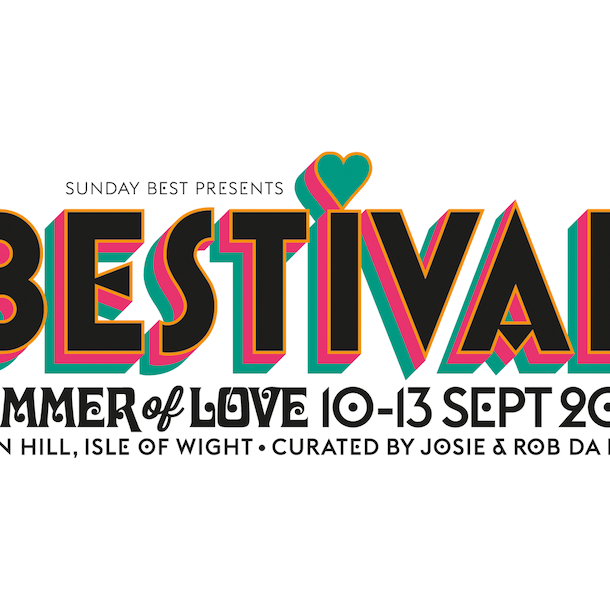 Hear this as the first of the whispers… the festival returns to its roots. A salute to the original muses: Music, Freedom, Peace, Love and Euphoria. In the year 2015, Bestival acknowledges its ancestry with the theme, 'Bestival's Summer of Love'.

At the zenith of the season, Bestival invites you to join the great revival, lose your inhibitions and join our gathering of the peoples. Reject the hum-drum, the material and the system! Come to the island, and for a weekend, take heart in the art, the ideals and the madness.

We’re not just talking about bell-bottomed hippies with flowers in their hair, or red-jeaned ravers circumnavigating the M25. It’s deeper and wider, and even longer than that. It’s about positivity, peace & love, and bananas not guns. Bestival want all people, all sexes, all ages, all cultures to come together and to share the good times, to celebrate the simple joy of unity, to feel the unparalleled pleasures of dancing shoulder to shoulder with wonderful strangers and loving every second. Bestival want the greatest party of all time. And we know you do, too.

This year includes the addition of Slow Motion, a brand new arena dedicated to energising pursuits, from wild music runs and hugging llamas to euphoric yoga and rock climbing, it’s its own tranquil event set within the brilliant brouhaha of Bestival. A festival within a festival, Slow Motion is a realm of calm and hidden pleasures connecting the body and mind, all laid out on rolling grass with magnificent views across the rest of Bestival. It might just give you the chance to breathe; to escape.

Films In The Forest, Bestival’s late night cinema affair, returns to the Amphitheatre, screening Woodstock and Pride (Friday), Behind The Candelabra and Eternal Sunshine of the Spotless Mind (Saturday) plus Searching For Sugarman and High Fidelity (Sunday).

You can also enjoy the tongue-in-cheek adventure-land, The Grand Palace of Entertainment. Brace yourselves for sketch comedy trio Birthday Girls, boyband disco action and debauched dancing with Back Door Boys (& the 10 Commandments of Pop), the unholy alliance of acid house and wool that is Rave Knitting, and church-fuelled sing-along mayhem from Gospeloke. Plus they’ll have Dance of the Dead, Hi-Brow and the all-action Marisa Carnesky's Finishing School, all making their Grand Palace of Entertainment debuts.

Please note: Rudimental's appearance will be a DJ set only.

Invaders Of The Future

The Grand Palace Of Entertainment

Formed in Birmingham, England, in 1978, pop megastars Duran Duran are one of the most culturally influential and commercially successful bands of all time, topping the charts around the world over the past three decades and selling more than 100 million records worldwide. After acrimonious splits, Simon Le Bon and Nick Rhodes relaunched the band in the mid-90s and the band continued to be successful. 2003 saw the group reform with Simon Le Bon, John Taylor, Nick Rhodes and Roger Taylor, and the reaction proved their fan base is as huge as ever. The band has been honoured with multiple Grammy, BRIT, Ivor Novello, and MTV Video Music Lifetime Achievement Awards, as well as a 20th Century Style Icon award from the City of Milan. Tireless innovators, they are always at the vanguard of music, fashion, art, technology and film — a group with unique and everlasting appeal. Now a seemingly unstoppable force, with no fewer than five prestigious Lifetime Achievement Awards under their belts, the four original members of Duran Duran are in a category with only a handful of other internationally acclaimed artists.

Big beat and dance pioneers Ed Simons and Tom Rowlands, have perfected the art of keeping people on the floor. Their albums are journeys through guitar riffs, massive beats, cool samples and huge breakdowns - taking in everything and anything along the way. With an spectacular live show and a number of critically acclaimed albums to their credit, they are truly established as Superstar DJs.

Missy Elliot has been on the cutting edge of hip-hop since she first emerged in 1997 with The Rain (Supa Dupa Fly), which was hailed as a masterpiece, with MTV even crowning it's video as the 15th greatest of all time. As one of the most innovative and genre-defying artists of the last fifteen years, Missy Elliott is a bona-fide hiphop icon.

See All This Noise tour dates