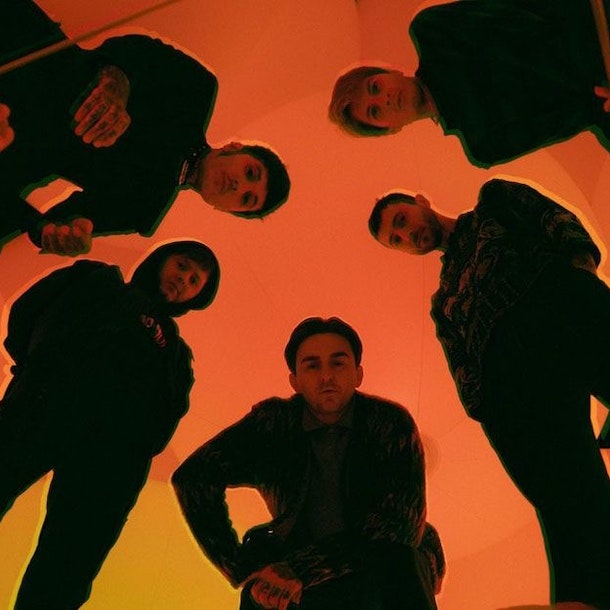 Bring Me The Horizon

Bring Me The Horizon kick off 2013 with a new tour, celebrating the release of their fourth studio album 'Sempiternal', out on April 29th.

The Sheffield five piece recorded 'Sempiternal' over a three month period with super producer Terry Date (Linkin Park, Deftones, Soundgarden). The album is an embracing ride through soaring vocals, supercharged melodies and what can only be described as spine tingling metal anthems.

This year has already seen everyone from Q Magazine to the Times newspaper claiming a resurgence of British metal, with Bring Me The Horizon leading the charge.

Oli says: "We literally can't wait for these UK shows. It feels like we've been away for so long and to come back & play the most intimate shows we've played In a long time is so exciting."

Bring Me The Horizon

Bring Me The Horizon hurtled from Sheffield with a brand of metal and hardcore music that’s been evolving ever since. From humble beginnings, picking up Kerrang!’s Best newcomer award in 2006, they’ve matured and risen through the ranks of British rock music winning various prestigious awards along the way. The style of their early work has been described as deathcore, but the band started to adopt a more eclectic style of metalcore on subsequent albums. Their 2015 album, 'That's The Spirit', marked a shift in their sound to less aggressive rock music styles, including electronic rock and nu metal. This was a conscious decision made by the band in a bid to change their direction and appeal.

Crossfaith is a band that evolutes Metalcore/Hardcore based aggressive songs with introducing strings and electronic sound effects to add catchy melodies and unique structures of the songs. They have played with the likes of Machine Head, Hatebreed, Bleeding Though, August Burns Red and Asking Alexandria - to name a few.

Soothing and vicious in turn, Empress juxtapose gentle harmonies with frantic ferocity; relaxed strumming followed by thrashy beats, time signature changes and other interesting meanderings. There are as many elements of metallers Mastodon, Metallica and Opeth in the music as there are of the more melodic Pink Floyd, King Crimson and Elbow. However, the four piece band also cites more recent but no less prominent influences such as the now-defunct Surrey rockers Reuben and American post-hardcore pioneers Underoath and Thrice.