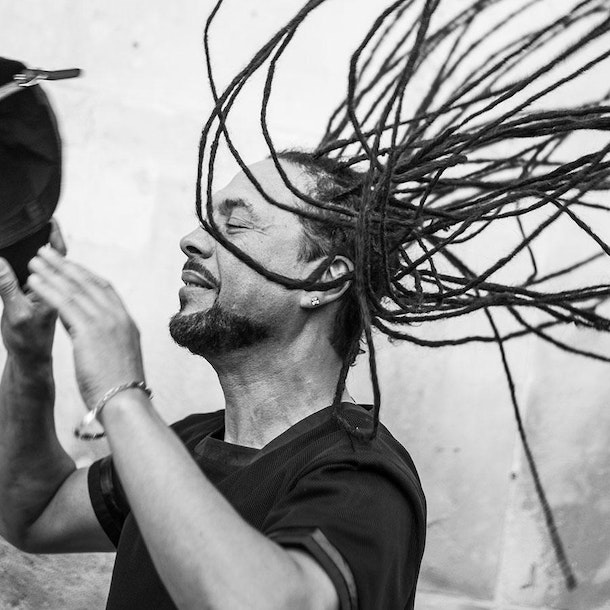 Bristol native Roni Size is one of the most respected junglists, with production credits spanning dozens of labels, projects, and releases, from stripped-down underground classics like Time Stretch to the smoothly sophisticated Top 20 UK pop hit Brown Paper Bag. Although not as quick to rise to acclaim as peers such as Goldie and LTJ Bukem, Size's influence as a producer, label owner, and committed underground magnate figured him as one of the emerging sound's true pioneers. The breakout success of his debut album New Forms -- a Top Ten hit in the UK, where it also won the Mercury Prize -- vaulted him to a greater degree of popularity than any other drum'n'bass producer. After a break during the early 2000s, Size resumed activity with new productions, a reworked version of New Forms, and performances that continued to fuse electronic and analog elements.

AKA Danny Williamson, maestro of the progressive sound and drum'n'bass genius, whose work on the Logical Progression series marks him out as a musical visionary. Arguably the prime innovator in the development of jungle from its early status as an offshoot of hardcore techno into the respected, stylistic genre it became by the end of the 1990s, LTJ Bukem gained fame as an auteur in all fields of the drum'n'bass movement.