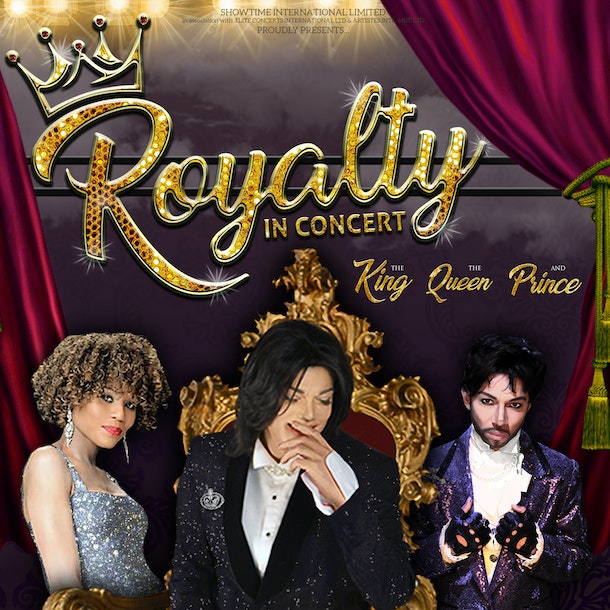 For the first time in the UK you can now celebrate the music from three of the most iconic artists of all time.

Michael Jackson, Whitney Houston and Prince. Over two hours of chart stomping hits that will keep you entertained from the beginning to end.

Led by Navi - The World's No. 1 Michael Jackson impersonator, Navi has achieved multiple accolades during his career which include working for Michael Jackson himself, being invited to Neverland, performing at both MJ's birthday parties in New York and Los Angeles as well as being chosen to portray the role of Michael Jackson in the Hollywood movie 'Searching For Neverland'

The production also includes surely one of the finest Whitney Houston impersonators in the world. Direct from New York - Beverly performs all the massive hits.

Completing the line up is Toni as Prince, who is recognised as one of the top tributes to Prince in the UK.