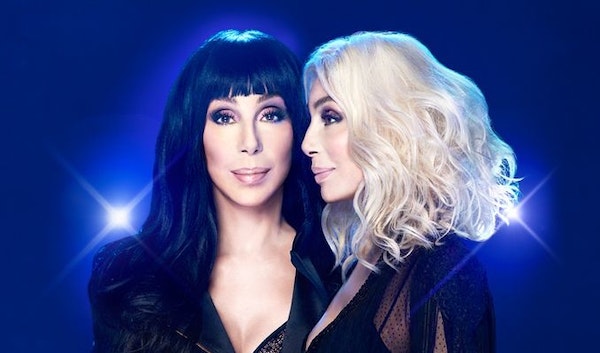 Cher has announced that she’ll be returning to the UK for a headline tour in October 2019, taking to London, Manchester, Birmingham, Glasgow and Leeds.

'I’m very excited to bring this show to the UK,' Cher says. 'It was the first country to embrace Sonny & Cher, and its where we created and had our first success with Believe. It’s really my second home.'

Cher’s Believe went on to reach the No.1 spot in many countries across the globe, including the UK and the United States, being certified 3x platinum this side of the Atlantic.

Her forthcoming live shows promise an array of hits from her 26 solo albums, including cuts from her most recent Dancing Queen release – her tribute to the music of ABBA.

Launching her career in the 1960s as part of Sonny & Cher, this iconic superstar made unprecedented strides in what had long been a male-dominated industry and continues to reign supreme as one of the world's greatest entertainers. A worldwide superstar for more than five decades, as of 2018 Cher had sold more than 100 million records and conquered more challenges than a handful of other talents combined – recording, concerts, film, Broadway acting, television and directing. In 2018, Cher returned to the big screen with a stunning performance in the mega-hit film Mamma Mia! Here We Go Again followed by the release of her album inspired by the movie, Dancing Queen.