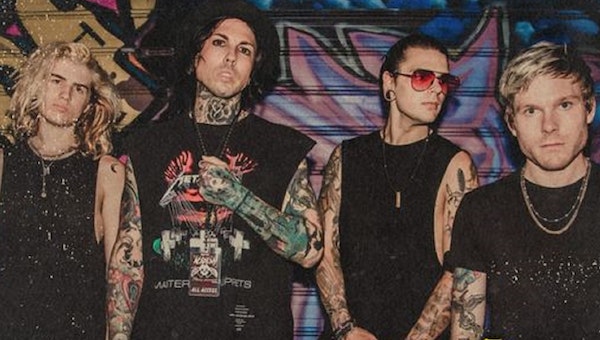 In 2016, when the curtains closed on Vampires Everywhere, Michael Orlando sought out other avenues for his new musical vision. 'I’ve had the name Dead Girls Academy on the tip of my tongue for a few years', admits Orlando, 'and I’ve always been on the darker side of things in rock & roll, and the name fits the sound and overall image. Split personalities, fake friends, hangers-on, social-climbing and attention-hunting whores are all ingredients I wanted to exploit with this project. I called together Ronnie (Radke, Falling In Reverse) and our friend Elvis Baskette (Slash, Sevendust) and we started arranging songs and melodies. Living in Hollywood, there are so many f**ed up things I’ve seen, the stories in my head, I could write six novels about them all. But that’s what breeds the creative juice and you will believe me once you hear Dead Girls Academy'.