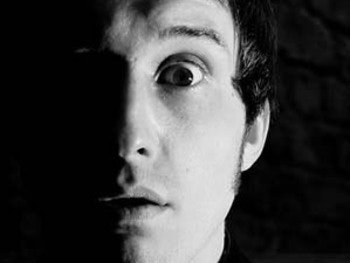 Our Barrel of Laughs show takes place every Friday and Saturday night. Bringing you 3 top-flight national and international acts plus one of the Frog's fantastic comperes. Our cabaret style club gives you the best possible atmosphere for comedy and is the perfect choice for your night out whether a couple or a party group, with reserved tables & delicious food.

Our doors will open at 6.45pm, so you will have plenty of time to have a drink before the show starts at around 8pm. The show will end at approximately 10.30pm

Phil Ellis is a comedian and writer known for his chaotic stand-up and live performances. Phil broke onto the comedy scene with his widely acclaimed Funz and Gamez, which won the Panel Prize at the 2014 Foster’s Edinburgh Comedy Awards. He is making his way in TV with The Tapeface Tapes (BBC3) and Phil’s Ill: Comedy Shorts (Dave). 'Ellis sets such a cracking pace. He flits around the audience with his frisky, easy banter spreading a feeling of good humoured fun' (Chortle) '... delighting both children and (on a rather different level) adults alike' (The Daily Telegraph) 'I cannot imagine the being that would not be blown away by this ridiculously funny, shambolic gigglefest of a show' (The Scotsman) 'Wildly inappropriate... chaotic, gloriously silly' (Time Out).

Oldham-born-and-bred comic who epitomises the laddish, male perspective on the world. After cutting his teeth on the Manchester comedy circuit, he is now a national act, appearing across the country and occasionally on the BBC. Not for the easily offended. 'His tall tales can lead anywhere on any given night' (The Times) 'A rare mixture of wit and charm' (The Guardian) 'Probably the quickest I’ve ever seen, certainly the funniest' (The Big Issue).