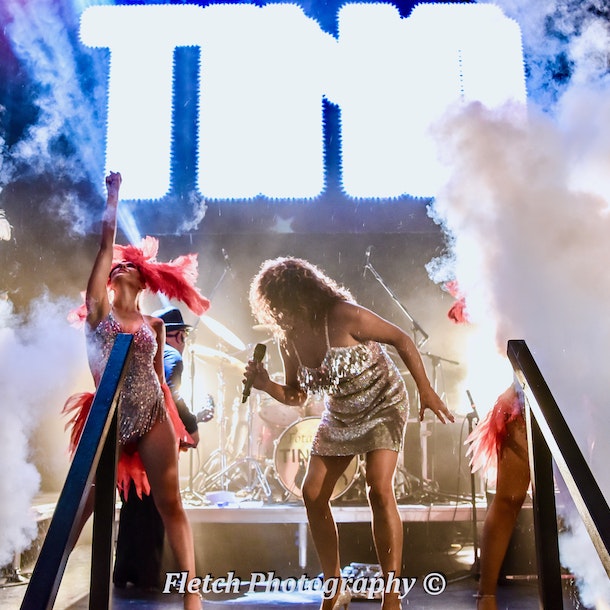 Come shake a tail feather with the UK’s supreme Tina – Justine Riddoch – and her talented cast.

This breathtaking recreation of a live Tina Turner concert celebrates the golden anniversary of the Queen of Rock ’n’ Roll’s signature tune Proud Mary. Tina’s no-holds-barred take of the song established a reputation for fearsome live performances – and those never-ending legs!

Early hits, including River Deep - Mountain High and Nutbush City Limits, were just a taste of what was to come. We Don’t Need Another Hero, Simply the Best, What’s Love Got to Do With It, I Don’t Wanna Lose You and When the Heartache is Over propelled Tina to stadium concert stardom.

The SUPREME Tina (National Tribute Awards), she’s got the looks, she’s got the moves, but most of all, she’s got THE voice. Join an army of loyal fans for a truly authentic, fun-packed musical spectacular!