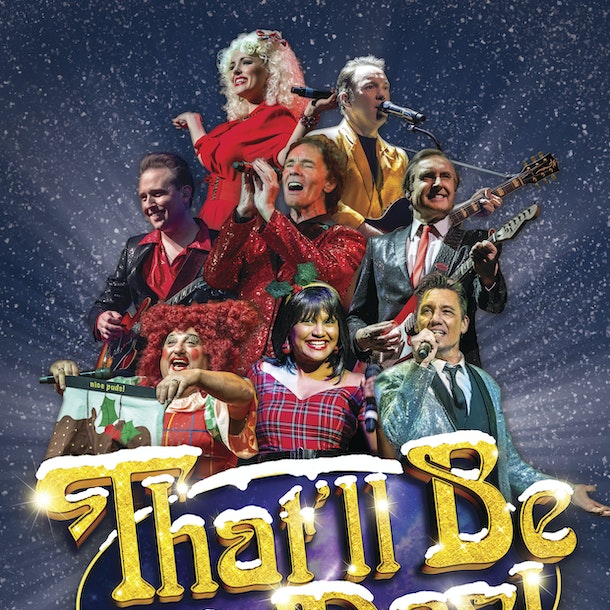 That'll Be The Day Christmas Show

Topped with lashings of Christmas spirit get ready to party as That’ll Be The Day returns!

Back by ever-growing popular demand, get ready to party as the UK’s favourite Rock & Roll variety production returns with another chance to see its latest most popular show!

That'll Be The Day Christmas Show

That’ll Be The Day’s Rock & Roll Christmas show has been running for over thirty years and has grown into the most popular touring production in the U.K. Refreshed every year, the show combines the best pop Christmas classics and traditional Christmas songs with hilarious comedy routines. For many, the That’ll Be The Day Christmas Special is the essential start to their festive season. The audience is taken on a rollercoaster sleigh ride through the ‘golden’ age of Rock & Roll and Pop and is guaranteed to leave with that ‘feel good’ factor. The super talented cast ensure a high quality variety show which, to date, has delighted over a million customers.

Prepare for a party as the legendary That'll Be The Day, the UK's most successful touring rock 'n' roll production, returns with a Brand New Show. Trevor, Gary and the gang bring on back the good times with a combination of their unique feel good comedy routines mixed with back to back non-stop classic gold hits from the 1950s through to the 1970s to produce a show with a real feel good party atmosphere! You're guaranteed to be on your feet and dancing before the night is over. Don't miss this party! 'What a great value for money show That'll Be The Day is. Not to be missed!' (Daily Mail) 'This show just gets better and better' (The Daily Telegraph).