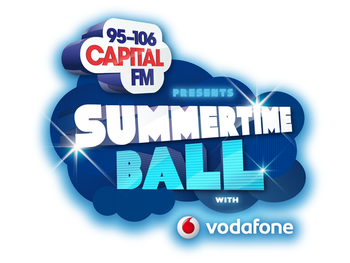 Capital’s Summertime Ball with Vodafone will return to London’s iconic Wembley Stadium on Saturday 6th June, with their most insane line-up yet with chart toppers One Direction being the first band announced!

Speaking to Capital FM this morning, Liam Payne said: "Wembley is obviously one of the best places to play in the world so I'm well excited."

Harry Styles, Niall Horan, Zayn Malik, Louis Tomlinson and Liam Payne were brought together at the bootcamp stage of The X Factor 2010, going on to take third place in the final behind runner-up Rebecca Ferguson and the eventual winner Matt Cardle. The boys went on to established themselves as the biggest, most exciting and in-demand band in pop music worldwide, releasing four globe conquering albums, Up All Night (2011), Take Me Home (2012) and Midnight Memories (2013) and Four (2014), topping charts across the world and generating hit singles including "What Makes You Beautiful", "Live While We're Young" and "Story of My Life". Zayn Malik brought upset to millions of fans when he announced his shock departure in March 2015. However, Harry, Niall, Louis and Liam continue on as a four-piece.

Since bursting onto the music scene as the winner of American Idol, Texas-born Kelly Clarkson has sold over 20 million albums worldwide, including seven top ten singles in the UK with over 3.5 million units sold in the UK alone. Things came around full circle for her in 2015 when she returned to her TV talent show roots by being a mentor on the 14th season of American Idol for their 'Evening With Kelly Clarkson' themed week. What better accolade for the singer who first won the series way back in 2002?

Floridian rapper who topped the charts with his debut single 'Low', memorably featured on the soundtrack to Step Up 2 The Streets. With a subsequent string of collaborations and guest appearances, Flo Rida's reputation was assured, setting the stage for R.O.O.T.S (Route Of Overcoming The Struggle), his second release in 2009, coming close to breaking a record for first-week digital sales.

Singer, songwriter, dancer, and actor Jason Derulo belongs to a new breed of multi-hyphenate artists who know no creative boundaries. He is now established as one of the world's biggest pop stars having sold over 30 million singles globally. Taking Michael Jackson as his biggest influence, along with comparisons to Usher and Flo Rida, Derulo's music is a hybrid of pop with R&B and hip-hop influences.

Multi-platinum GRAMMY®, Juno & Polaris Prize nominated singer/songwriter Carly Rae Jepsen's 2015 album E*MO*TION, earned a host of rave reviews with several outlets - including TIME, Entertainment Weekly, Pitchfork, People, Stereogum, Vulture, Complex, & Noisey-declaring it the pop album of 2015. The set featured the platinum selling single, I Really Like You. One year later she released E*MO*TION Side B as a gift to her fans and saw it immediately rise to the iTunes Top 10. E*MO*TION followed the release of Jepsen’s U.S. debut album Kiss featuring the blockbuster break-out hit, Call Me Maybe, which climbed to #1 on the iTunes Singles charts in over 47 countries, sold over 20 million singles worldwide, gained 1.2 billion vies on YouTube and is certified Diamond in the US. Jepsen landed the lead role in the 2014 Broadway production of Rodgers & Hammerstein's Cinderella & later starred as the iconic Pink Lady, Frenchy, in FOX's four-time EMMY award winning musical Grease: Live.

With her powerful vocals and astonishing range, Ariana Grande has emerged as one of the most magnetic and massively successful performers in pop music today. Since making her full-length debut with 2013’s Yours Truly (featuring the game-changing, triple-platinum smash The Way), as of 2018 she has delivered three platinum-selling albums and surpassed 18 billion streams, in addition to nabbing four Grammy Award nominations and landing eight hits in the Top 10 on the Billboard Hot 100 chart. With 2016’s critically acclaimed Dangerous Woman, Grande both boldly defies expectation and reveals the full force of her voice (recently hailed as an 'extraordinary, versatile, limitless instrument' upon Grande’s appearance on Time’s 100 Most Influential People list). Meanwhile 2018's Sweetener featured guest appearances from Pharrell Williams, Nicki Minaj and Missy Elliott. It debuted straight in at number one in the US and also topped the charts in several counties including the UK. Grande continues to bring her striking vocal presence to a genre-blurring breed of pop, taking on R&B, soul, and electronic music with equal nuance and assurance.

One of the biggest breakout artists to emerge in recent times, Sam first emerged on the scene featuring on Disclosure’s hit single ‘Latch’, then went on to work with Naughty Boy on the number one single ‘La La La’. Since then Sam has found huge success solo including 5 UK number one singles, from 'Money On My Mind' to 'Too Good At Goodbyes', and the number one album 'In The Lonely Hour'. Live, Sam’s incredible vocal and stage presence has hit higher levels, having toured with Disclosure and Emeli Sande to selling out shows in the UK as well as the US. Critics have lauded Sam's music with huge accolades, having notched up numerous awards including three Brits, four Grammys, six MOBOs, and awards from Q Magazine, Heart Radio, Golden Globes and Billboard amongst others.

Cuban-American verbalist who has more hardcore lyrics, diverse cultural influences and freestyle skills than most artists would know what to do with.

Martin Garrix may not be a superhero or a secret agent, but he does possess two identities. A young student by day, but when the sun goes down he can be found behind the decks in front of packed hotspots and festivals across the globe, fraternizing with electronic dance music royalty, tirelessly producing in the studio, and dropping records.

British-Albanian mezzo-soprano RnB queen Rita Ora has been around for a while, but came to full prominence in 2012 when she provided the vocals for DJ Fresh's 'Hot Right Now', which topped the UK singles chart. Rita followed this with her own string of no.1 singles; 'R.I.P', 'How We Do (Party)' and 'I Will Never Let You Down'. Still keen on recording collaborations outside of her solo work, Rita has also teamed up with the likes of Charli XCX, Avicii and Iggy Azalea, amongst others. Outside of her music, Rita is a regular face for cosmetics and a former mentor and judge of TV talent show The Voice.

'Ne-Yo posseses talent far beyond his years. Born into a family of musicians from Arkansas, Shaffer C. Smith a.k.a. Ne-Yo would discover his passion. Citing Prince, Marvin Gaye, The Rat Pack, and Stevie Wonder in his list of favourite entertainers, Ne-Yo's album invokes a nostalgic feeling, a renaissance if you will. Whether it's the bedroom or the dance floor, Ne-Yo's songs are filled with passion and intense energy that pulls (you into the music) and puts you into a zone.' - Def Jam Recordings.