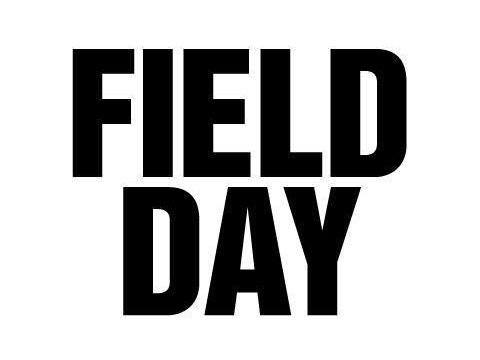 Field Day Festival is back in June 2015 at its home in Victoria Park, Tower Hamlets, London. Loosely based around the concept of an old English village fete, Field Day has a wonderful atmosphere.

When it comes to musical reputations, Field Day is right up there. This party has made a name for itself as somewhere you can catch the next big thing before they break into the mainstream cool. With everything from the most cutting edge names in dance and disco through to the new wave folk sound that’s never complete without a beard – this is something for everyone, done with a difference.

Expect the hip and happening crowd at Field Day festival, which has sold out every year since its launch – a true testament to its success. Unlike many other events you can take place in a sack race, a tug of war and other similar old school style events, which can be a great way to meet new faces and friends for the day!

Please note: Artists at the Bandstand will all be playing DJ sets only.

Oxford shoegaze legends Ride broke up in 1996, after a career that saw them release four critically acclaimed albums through Alan McGee's lauded Creation label. Their classic single, Vapour Trail, still regularly receives airplay on BBC 6Music and American campus radio, while Pitchfolk placed it in their Top 200 tracks of the 90s. Lead singer Mark Gardener pursued a solo career while guitarist Andy Bell went on to form Hurricane #1, played bass for Oasis and guitarist with Beady Eye. In 2014, Ride announced that they had reunited and booked a month-long world tour for the following year, including an appearance at the Primavera Sound Festival. The band also returned to the studio and Weather Diaries, their first album in 21 years, was released in 2017, and more live shows were booked in.

Crafting ethereal electronic pop that evokes the heyday of Tricky and Massive Attack and the spare 2010s aesthetic of the xx, London's FKA Twigs is the project of Twigs, aka Tahliah Barnett, a half-Jamaican native of Gloucestershire. Surrounded by farmland during her teens, she studied ballet and sang on tracks recorded at a studio in a Jamaican youth club. By the time she was 16, Twigs - whose nickname comes from how loudly she can crack her bones - began writing songs in earnest; though she moved to London to pursue a career as a dancer at 17, she soon realized she really wanted to be a professional musician. Along with working as a bartender, Twigs spent as much time in the studio as possible and ultimately self-released her self-titled EP in 2012 via Bandcamp. After changing her moniker to FKA Twigs at the request of another artist named Twigs, she returned with EP2, a striking set of songs featuring production from Kanye West collaborator Arca. Late that year, FKA Twigs was nominated for the BBC's Sound of 2014 prize (which Sam Smithultimately won). EP2 was released in the U.S. in May 2014.

Boxed In is the new electronic project from Oli Bayston.

ALL TVVINS (Pronounced Twins) are Dublin duo Conor Adams and Lar Kaye. The duo started making robotic interstellar synth-pop music together in the summer of 2013. Stemming from two heavyweight Irish acts, this is the kind of musical super-group collaboration fans might have envisioned.