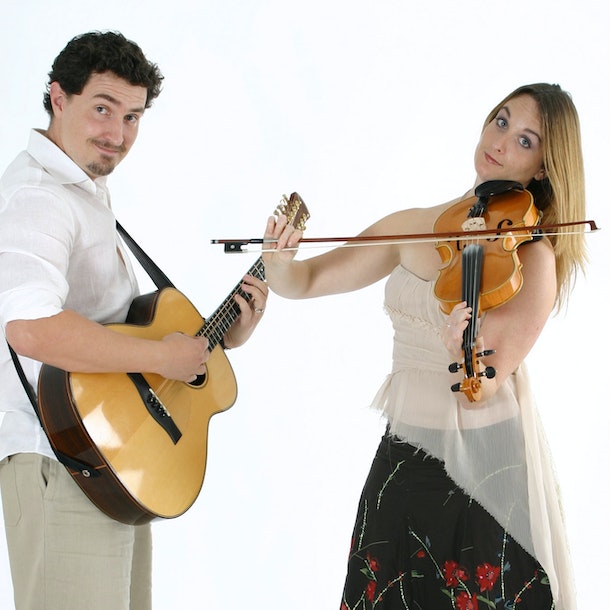 A young and exciting folk duo, performing a wide variety of traditional and modern songs and tunes, many of them self-penned, and playing fiddle and bouzouki. Charming and multi-talented, Winners in 2011 of the BBC2 Folk Awards for Best Duo

Amy Hollinrake is a London-based musician and performer specialising in American folk traditions and Jazz, and performs on both her voice and the Mountain Dulcimer. Inspired by feminist thought and folklore, her music weaves new ideas with old to present original and traditional material to modern audiences, by engaging with female voices preserved in traditional Appalachian balladry.