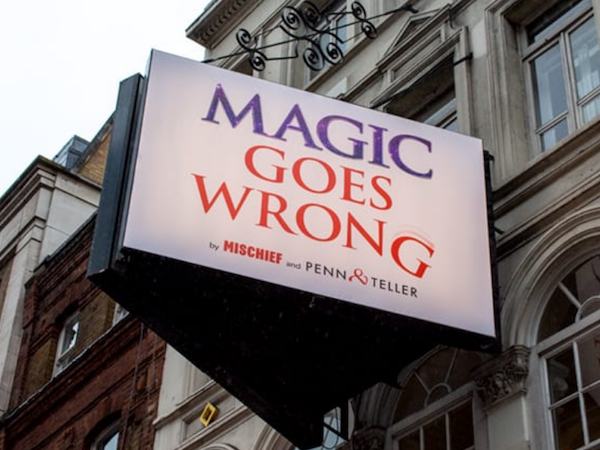 In the next ‘Goes Wrong’ comedy to hit the West End, the original Mischief company play a hapless gang of magicians presenting a charity event.

As the accidents spiral out of control, so does their fundraising target!

*Penn & Teller are co-creators of the show and won’t be appearing on stage.

Mischief Theatre is a comedy theatre company based in London, first formed in 2007 by a group of graduates and students of The London Academy of Music And Art. Since first forming the company has created and presented a number of productions across the UK and in Europe.