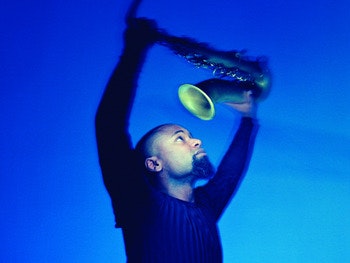 at The Spice Of Life, London
Passed

Allexa Nava - saxophonist and composer, originally from Peru. She has been part of Tomorrows Warriors for the past year, learning under the mentorship of Gary Crosby, Ben Burrell and Denys Baptiste. Performing as part of the Tomorrow?s Warriors Female Frontline, she performed at a number of festivals.

Queen Colobus os a 4-piece band led by alto saxophonist and vocalist, Beth Hopkins. Fresh from releasing their debut EP 'Easy Now', which received radio play on Jazz FM, Balamii and Soho Radio. Having played together in different bands in Southampton, they found that they liked making weird sounds at each other, with or without instruments, and formed a musical alliance within the London jazz scene. Their music is influenced by jazz, indie and neo-soul. Beth's compositions are fuelled by frustration at the things that aren't generally talked about in music such as the diet industry, having no voice and mental health issues. The name comes from a species of Old World monkey, which reflects their wise and playful nature.

Please note: The Spice of Life has been working hard and has provided extra staff to meet the government requirements (social distancing and table service) to ensure a safe environment for our audience. We have been advised to recommend a minimum spend of £10/£15 (2 pints of beer or a main meal) from each audience member to make it viable for the artists and the Spice of Life pub.

A non-profit-making organisation established in 1992 by original Jazz Warriors double bassist Gary Crosby to nurture and develop talented young musicians who wish to pursue a professional career in jazz.

Born and raised in Uganda, Mark Kavuma is a key young trumpet player on the British jazz scene.

The Spice Of Life