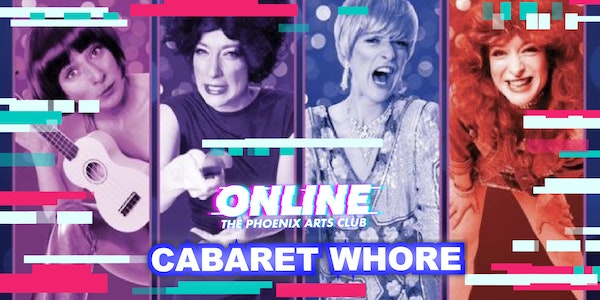 From tortured French chanteuse La Poule Plombée to washed-up lounge crooner Bernie St Clair, these fantastic character creations have delighted audiences around the globe from Edinburgh to London, New York to Berlin and at the prestigious Adelaide Cabaret Festival. Written and performed by Sarah-Louise Young with music by Michael Roulston.

Sarah-Louise studied at Bristol University and trained at Mountview before taking her own one-woman show Drag King to the Edinburgh Festival, Bristol New Vic and London. She co-founded Trinity's with Paul L Martin and regularly hosts and performs in cabaret and stand-up venues across London including Jermyn Street, The Old Vic Pit Bar, The Theatre Museum and the Battersea Barge. '... one of London's Top Ten cabaret performers (Time Out) 'Sarah-Louise Young can sing, act and be funny all at the same time, proving herself a true performer and a force to be reckoned with. Go, sit back and smile' (Three Weeks).