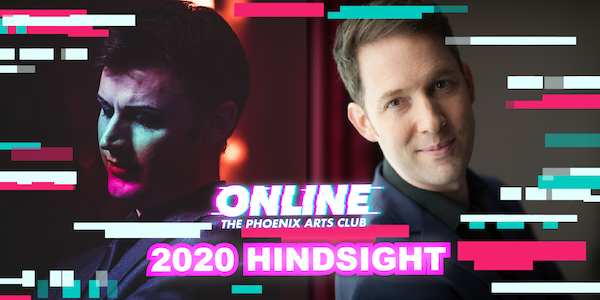 2020 was obviously the worst year ever, but could we have seen it coming? It turns out, Dusty Limits and Michael Roulston did, they just didn’t realise it at the time. With a selection of songs from their back-catalogue, a mix of beauty, pathos and vicious satire, they will amuse, move and possibly startle you with their Cassandra-like powers.

Dusty Limits, also known as Dorian Black, is a singer, comic and compere. He has surprised and thrilled audiences from London to New York, Dublin to Berlin with his three-octave vocal range and darkly scintillating wit. He sings everything from Cole Porter to Portishead, often with the words changed, as well as his own original songs that deal with themes of mortality, addiction and the futility of love. Usually for laughs. 'Gloriously uncensored... unabashedly eloquent' (Three Weeks) '... one of the foremost practitioners of the art of cabaret... if only the show was twice as long. Do. Not. Miss. This.' (The Scotsman).

He's been musical director for shows and is a cabaret accompanist. He plays jazz with Tom Mansi.