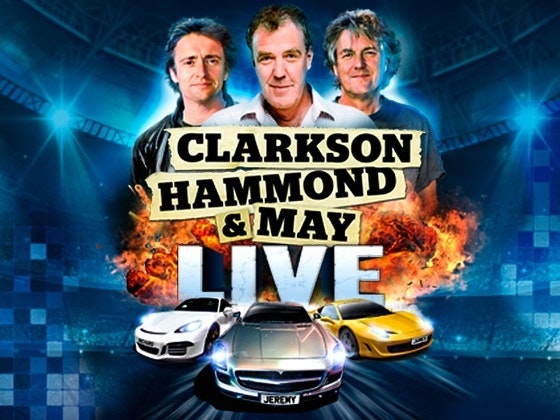 BBC Worldwide has confirmed that Jeremy Clarkson, James May and Richard Hammond will take part in the previously announced live shows in Belfast, Sheffield and London.

The shows will not contain any BBC content, but will include the stunts, supercars, challenges and irreverent humour that the trio have become known for.

BBC Worldwide statement on Top Gear Live remaining dates: "So as not to disappoint the thousands of people around the world who have already purchased tickets, BBC Worldwide has agreed with our joint venture partner Brand Events that the remainder of the tour can continue. These events will not however feature any BBC Top Gear branding or content. We believe this is a sensible approach in the circumstances."

Fronted by Jeremy Clarkson, Richard Hammond and James May, Clarkson, Hammond & May Live will feature breath-taking stunts, some of the world’s most incredible cars and the usual calamitous mucking about.