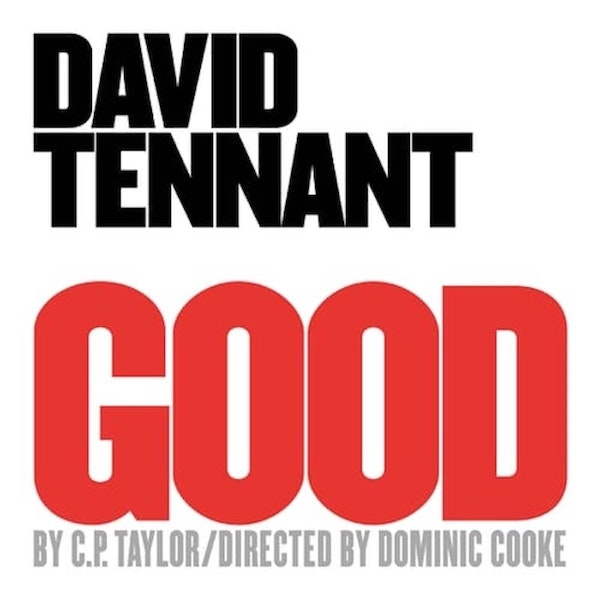 C.P. Taylor’s GOOD, starring David Tennant and directed by Dominic Cooke, which was due to open this October, has announced new dates for 2021 and a new run at the Harold Pinter Theatre.

John Halder is a good man. But John Halder must adapt to survive. How is it possible to be a good person when things are falling apart?

"You make a deal with yourself one minute, you totally repudiate it the next."

As the world faces its Second World War, John Halder, a decent, intelligent, music-loving German professor, finds himself swept along in a movement that crescendos towards an unthinkable finale. Good is a warning for our times.

Olivier Award-winning director Dominic Cooke reimagines one of Britain’s most powerful, political plays with David Tennant returning to the West End, from 21 April 2021 for 12 weeks only.

Stage and television actor, best known for his role as Doctor Who.