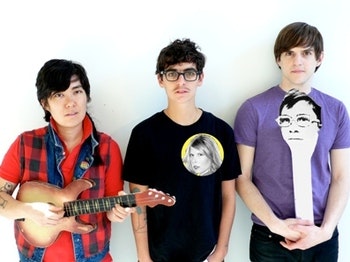 See all dates for Ladyfest 2010

With their debut album, Veronica Falls have crafted a brilliantly concise, superbly concentrated hit of spiky, marvellously contagious indie pop with a twist. These are songs which will lodge themselves in your head as well as your heart, with style and attitude to burn.