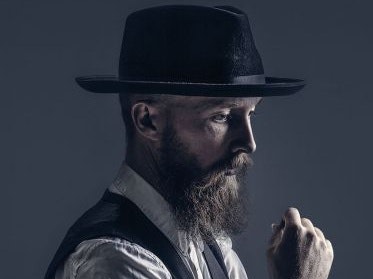 at The Foundling Museum, London
Passed

Folk at the Foundling

You Are Wolf (aka Dr Kerry Andrew) explores English and American folk, fusing source material with leftfield pop, contemporary classical stylings, and gentle touches of electronica and spoken word, all melded with an array of wild vocal techniques.

Her music has been played on BBC 6 Music by Tom Robinson, Gideon Coe and Stuart Maconie, BBC Radio 3’s Late Junction and New York’s premier indie radio station WFUV. She is a regular on Radio 3’s The Verb and has supported Martin Carthy, Alasdair Roberts, Trans (with Bernard Butler) and Laura J Martin.

Duotone is the alias of songwriter Barney Morse-Brown, an extraordinary musician who over the past few years has become known for his alternative and unique approach to playing the cello. A long-time member of the BBC Folk Award winning band The Imagined Village and a previous member of both Chris Wood and Eliza Carthy’s band, Duotone’s recent record received critical acclaim with 5 star reviews from Songlines and Maverick Magazine. He explores real-life experiences with his mesmerizing solo performances which move seamlessly between riotous energy and heartfelt intimacy. Fresh from opening for Eliza Carthy & The Wayward Band in some of the UK’s biggest venues, Duotone comes to the Museum to launch a brand new album.

Folk at the Foundling brings traditional music from the British Isles and beyond to the unique surroundings of the Foundling Museum, showcasing folk legends and breakthrough artists. Set in the Museum’s intimate Picture Gallery, the evenings offer the chance to explore the Museum and learn about its rich musical past. Guests can wander through the beautiful rooms whilst enjoying a drink, before hearing music from some of today’s best folk artists, brought to you by The Nest Collective.

In partnership with The Nest Collective.

Duotone, the moniker of Barney Morse-Brown; an extraordinary musician who has, over the past few years, become known for his 'alternative and unique' approach to playing the cello.