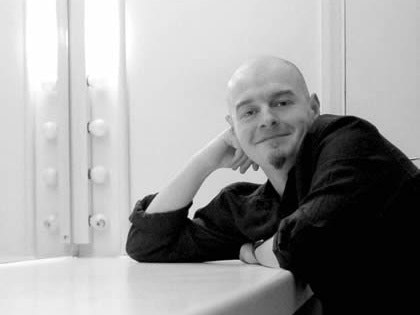 at The Comedy Store, London
Passed

A headliner at London's Comedy Store and one of the UK's finest comics. A topical, satirical, musical comedian whose quirky brand of improvisation and finely crafted material have made him one of the UK’s most sought-after stand-ups.

Veteran of Have I Got News For You, Saturday Live, Tarbuck Late and The Clive James Show, Sean Meo is a class act with some of the most intelligent and topical material around. Smooth, dry and cuttingly funny, Meo swapped a career as a professional snooker player for comedy and quickly established himself as a serious player at the comedy clubs too, securing himself Time Out's Comedian Of The Year Award. 'He can turn out intelligent material with a speed that many other comics can only gasp at' (Time Out) 'Slick, confident patter... can win over the most committed hecklers' (ES Magazine) 'Truly hilarious' (The Scotsman) 'Surreal, sexy... and very, very funny' (Evening Standard) 'The heavenly banter goes on and on the thinking man's comedian' (Deadpan) 'Deliciously sardonic' (The Guardian).

Much in demand as an act, Alistair Barrie has forged a reputation for himself as one of the top comperes to emerge in recent years. His deceptively friendly and engaging stage presence masks a sharp, dry wit which can be turned to subjects as diverse as suicide bombers in the Middle East to the perils of flying EasyJet. Despite a fondness for topical material, any performance is likely to be peppered with some inspired silliness and a little audience-related improvisation. 'Eloquent, slick and dynamic' (www.Chortle.co.uk) 'One of the circuit's classiest stand ups’ (London is Funny) 'Smart, slick and truly funny. Don't take my word for it, check him out yourself’ (Bruce Dessau, Beyond The Joke) 'Barrie has a casually sardonic sense of humour and is sharp as a guillotine blade. Woe betide the bloody fool who tries to heckle him' (Cape Town Argus).

Comedienne (BBC1, Radio 4) and writer (credits include Stand Up For The Week, Twit of the Year, Channel 4, and Mock the Week, BBC2). 'Genuinely funny jokes combined with personable style of delivery to create just the right atmosphere for some brilliant banter' (Three Weeks) 'Born to perform' (List) 'Very talented' (Time Out) 'Urban sharpster' (Stage).

This charismatic comic performs in major comedy clubs across the UK and Europe where she is in as much demand for her compere abilities as she is for her comedy routine. 'Far funnier and more inventive than anyone has the right to expect' (Evening News) 'A conversational style with humour so interwoven it seems effortless' (www.chortle.co.uk) 'Deliciously cruel... The best antidote to mewling rugrats... A performer the audience could have watched all night' (The Herald) 'Outclassed her colleagues' (Evening News).