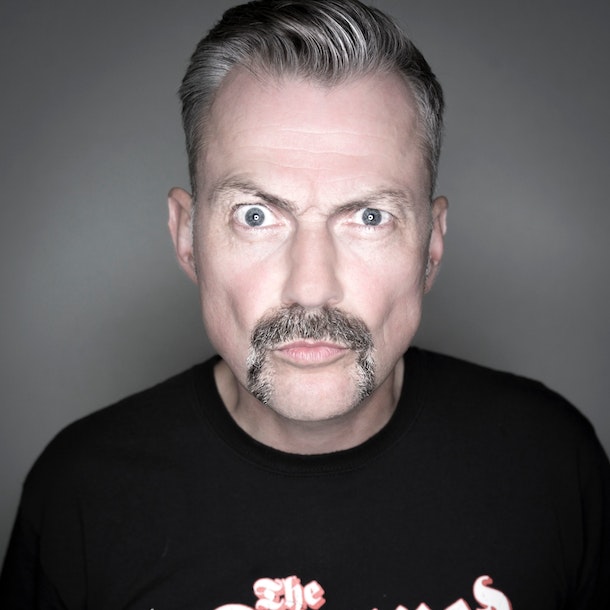 at The Bedford, London
Passed

Your party should consist of only ONE HOUSEHOLD (your support bubble counts as a household). We are currently unable to accept any party larger than 6.

Customers are required to WEAR A MASK when not seated.

We ask customers to please wait to be seated, order food from their table only, use card or contactless where possible as well as adhere to social distancing rules at all times. We also recommend that you pre-order drinks for the interval before the show begins.

His acidic delivery and dead pan demeanour have established him as one of the top comedians on the circuit. He is a regular performer at the Comedy Store and has clocked up several TV appearances, including 'They Think It's All Over' and 'Have I Got News For You'. To add to his number of international accolades, he was the winner of the Jongleurs Stand Up Of The Year in 2001.