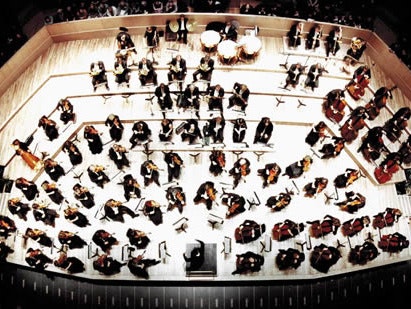 Berlioz's work climaxes in an orgiastic, opium-fuelled witches' Sabbath. Whereas Beethoven's overture is a striking evocation of Coriolanus' story, the gallant Roman general who was destroyed by his overweening pride.

One of the top orchestras in the UK. Since its formation in 1945 it has made thousands of recordings, as well as giving over 100 concerts per year.

Young Georgian pianist enjoying a meteoric rise to fame in the musical world. Buniatishvili was a BBC New Generation Artist from 2009 until 2011.